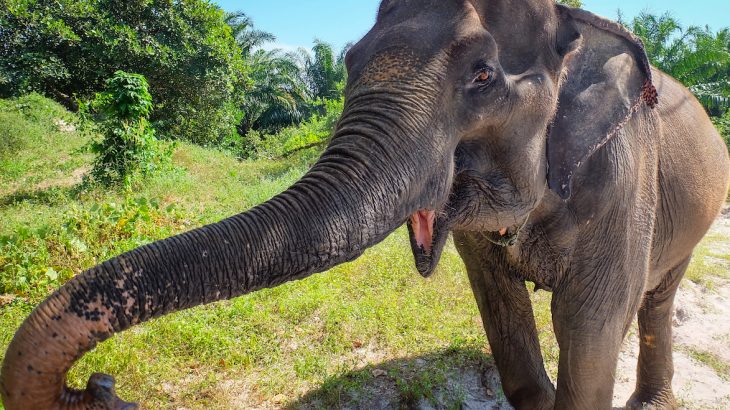 We currently are in the midst of a sixth mass extinction similar to past extinction events that wiped out huge numbers of species on Earth.

The group of animals most under threat and disappearing right under our noses is mammals, and the cause of their demise is primarily due to human activities.

We’re exterminating mammals and plant species so fast that evolution, nature’s natural system of defense against major environmental changes, can’t keep up, according to a new study.

Throughout Earth’s history there have been five mass extinctions, but after each event, evolution slowly picked up the pieces and filled in the gaps with new species.

Researchers from Aarhus University and the University of Gothenburg conducted a study examining the rates of extermination currently underway.

By their calculations, unless conservation becomes a top priority, during the next five decades so many species will become extinct that it will take three to five million years for evolution to reach current biodiversity levels.

The results, published in the journal Proceedings of the National Academy of Sciences, show that evolution will not be able to keep up.

When it comes to assessing humankind’s impact on the animal kingdom, the researchers reviewed an extensive database of existing and extinct mammals. This gave the research team a better look at 2.5 billion years of evolutionary history.

The spread of homo-sapiens across the globe coincides with many drastic population declines of different plants and animals, but when some animals went extinct thousands of years ago, they took whole branches of the evolutionary tree with them.

The fewer species there are in a group of animals, the less likely weathering a mass extinction becomes.

“Large mammals, or megafauna, such as giant sloths and saber-toothed tigers, which became extinct about 10,000 years ago, were highly evolutionarily distinct. Since they had few close relatives, their extinctions meant that entire branches of Earth’s evolutionary tree were chopped off,” said Matt Davis, who led the study.

As with the saber-tooth tigers, there currently exist some species of mammal that are not expected to survive past this century due to the few species that currently exist in its order, like Asian elephants.

The researchers took these expected extinctions into account and used advanced evolutionary simulations to calculate how long it will take for evolution to reconstruct current levels of biodiversity.

The researchers calculated that it would take mammals three to five million years to regenerate lost branches of the evolutionary tree that are expected to be lost over the next 50 years. This is only provided that humans stop destroying habitats and reduce the rate of extinction.

It will take over five million years to recover what was lost from the ice age giants that went extinct 10,000 years ago.

“Although we once lived in a world of giants: giant beavers, giant armadillos, giant deer, etc., we now live in a world that is becoming increasingly impoverished of large wild mammalian species,” said Jens-Christian Svenning, a member of the research team. “The few remaining giants, such as rhinos and elephants, are in danger of being wiped out very rapidly.”

The study shows how important conservation is in preserving biodiversity which has come increasingly under threat due to human activities and climate change.