Human societies have been able to thrive because of empathy • Earth.com 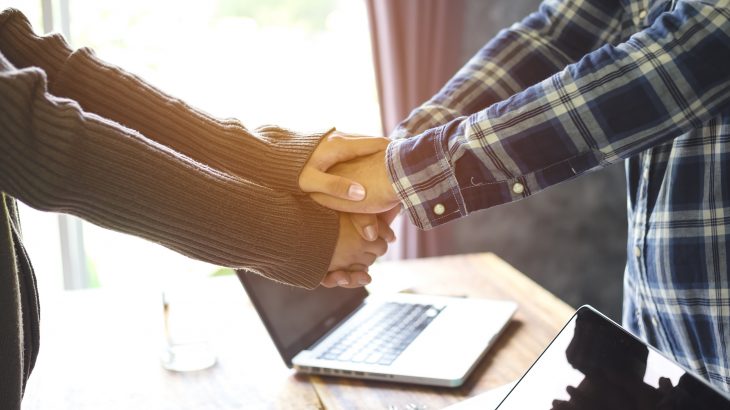 Human societies have been able to thrive because of empathy

Empathy allows us to put ourselves in another person’s shoes and understand the feelings, emotions, and perspectives of our peers. And humans aren’t the only species that experience empathy, as recent studies have found that rats empathize with other rats in pain.

Arunas L. Radzvilavicius, a Postdoctoral Researcher of Evolutionary Biology at the University of Pennsylvania, theorizes that empathy is the key to cooperation and our prosperous human societies.

Cooperation is a cornerstone of human society, as we cooperate at work, at school, and all agree to cooperate with the rules, laws, and social norms put in place through the years.

Radzvilavicius set out to explore human cooperation and altruism and find out how these skills evolved to benefit our survival as a species.

In a recent piece for The Conversation, Radzvilavicius explains how he and his colleagues used evolutionary game theory to model empathy and cooperation in human society.

Past research has stated that social norms drive cooperation and how we perceive another’s reputation influences how they are treated in society.

The idea that we help people with a good reputation depends on the assumption that people will always agree on who has a good or bad reputation, when in reality this is hardly the case. From community to community, people’s perceptions about what is good or bad differs.

To get to the bottom of human altruism, Radzvilavicius used evolutionary models to simulate a realistic human society with relative views on morality.

As we know societies overall are not selfish and so there had to be something that Radzvilavicius was overlooking with these models.

“Even initially uncooperative societies in which everyone judged each other based mostly on their own selfish perspectives, eventually discovered empathy – it became socially contagious and spread throughout the population,” Radzvilavicius writes. “Empathy made our model societies altruistic again.”

How empathy evolved remains a mystery according to Radzvilavicius, but the research shows that empathy plays a key role in human cooperation.