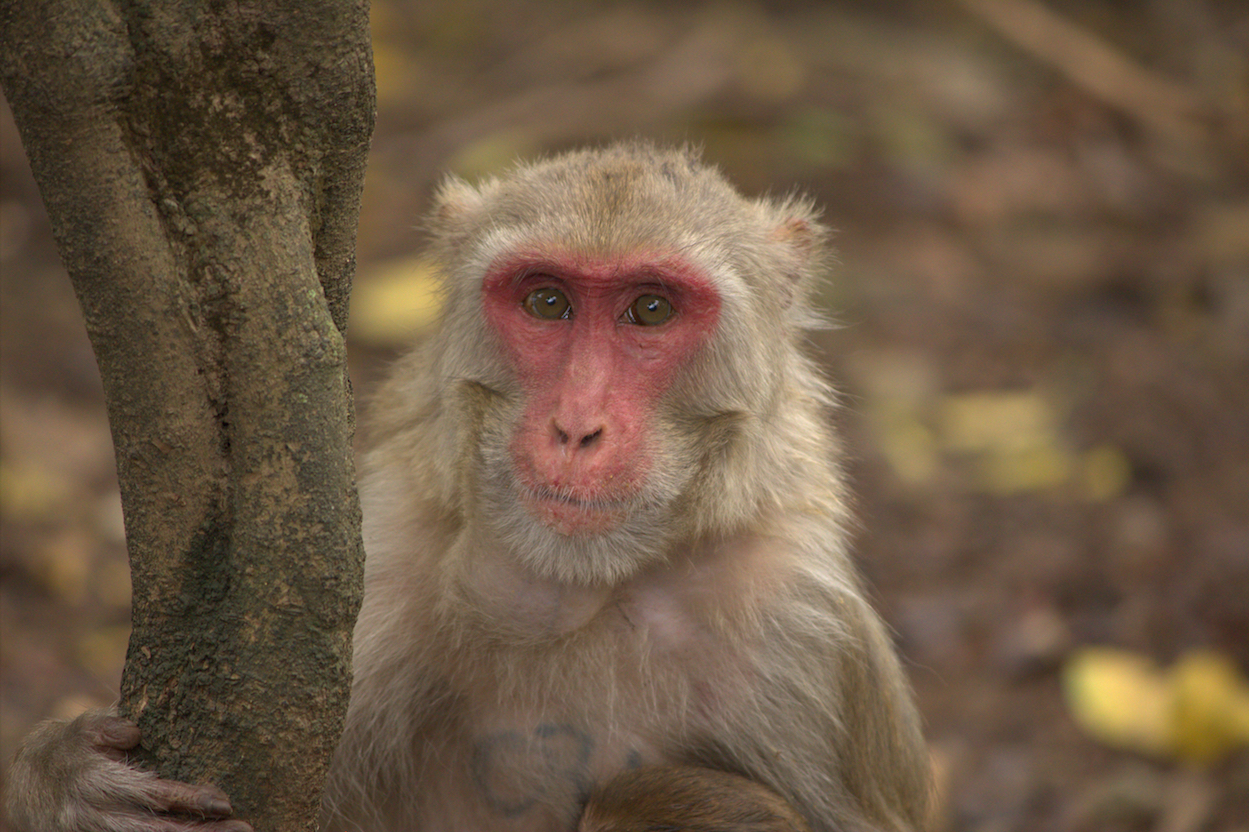 According to a new study on vision, the arrangement of photoreceptors in human eyes favors socially significant color variation such as blushing.

“Our color vision is very strange,” says James Higham, an assistant professor in the New York University Department of Anthropology and one of the study’s co-authors. “We’ve now shown that when it comes to spotting changes in color linked to social cues, humans outshine the type of color vision we’ve designed for our technologies.”

Human visual systems are significantly different from that of cameras, the researchers found.

For example, the green and red photoreceptors humans use for color vision are placed very close together. The equivalent components in cameras are situated with ample (and even) spacing among them.

In the new study, 60 human subjects viewed a series of digital photographs of female rhesus macaque monkeys. These primates’ facial color has been known to change with their reproductive status, with female faces becoming redder when they are ready to mate. This process, captured in the series of photographs, provides a good model for testing the ability to not only detect colors, but also to spot those linked to social cues.

In different sets of photographs, the scientists developed software that replicated how colors look under different types of color vision. This included different types of color blindness, and the type of trichromatic vision seen in many l camera systems, with even spacing of the green and red photoreceptors. Some of the study’s subjects viewed photos of the transformation of the monkeys’ faces as a human or primate would see them while others saw pictures as a color-blind person would and others as a camera would.

“Humans and many other primates have an unusual type of color vision, and no one is sure why,” said first author Chihiro Hiramatsu of Japan’s Kyushu University. “Here, we provide one of the first experimental tests of the idea that our unusual vision might be related to detecting social signals in the faces of others.”

The results support a rarely tested idea that social signaling itself, such as the need to detect blushing and facial color changes, might have had a role in the evolution or maintenance of the unusual type of color vision shown in primates, said study co-author Amanda Melin of the University of Calgary.

The study was published in the journal Proceedings of the Royal Society Biological Science.