Humans can understand the gestures of other great apes • Earth.com 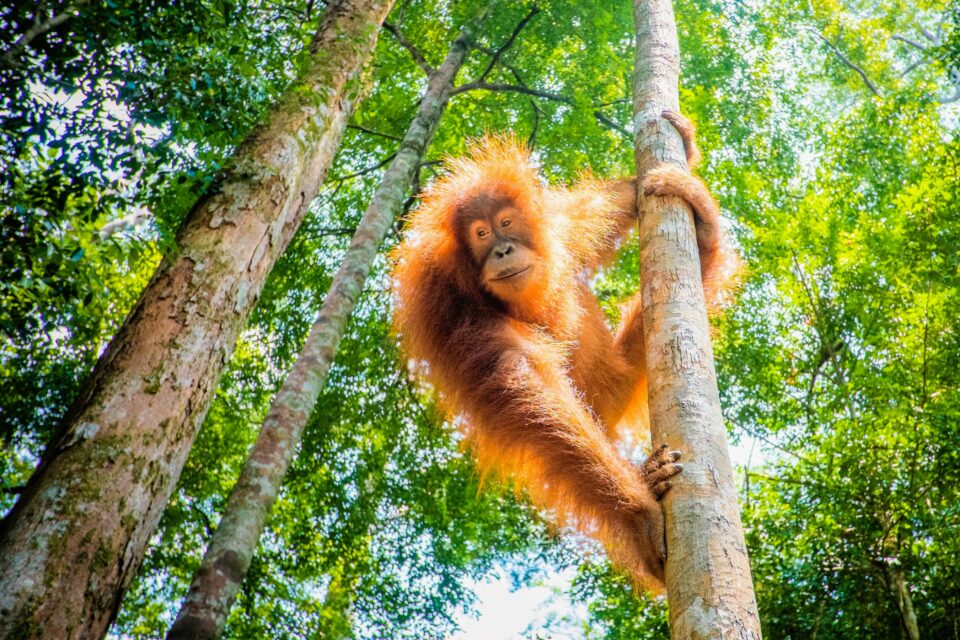 A recent study led by the University of St Andrews in Scotland has found that humans retain an understanding of gestures made by other great apes, such as chimpanzees, bonobos, or orangutans, even though we no longer use them ourselves. The identification of over 80 gestural signals that are shared across a variety of non-human apes provides the first evidence of intentional communication outside human language.

The scientists tested humans’ understanding of the ten most common gestures employed by chimpanzees (Pan troglodytes) and bonobos (Pan paniscus) using an online game in which over 5,500 participants were asked to watch 20 short videos of ape gestures and select the meaning of each gesture from four possible answers.

The results revealed that participants performed significantly better than expected by chance, correctly identifying the meaning of the gestures more than 50 percent of the time. Moreover, providing contextual information about what the apes were doing only marginally increased participants’ success rates in interpreting the meaning of the gestures.

While video playback experiments have traditionally been used to test human language comprehension in non-human primates, this experiment reversed the paradigm in order to assess humans’ ability to understand the gestures of our closest evolutionary relatives. While the results clearly show that we have a strong capacity of understanding these gestures, it is still unclear whether this ability is genetically inherited, or whether humans and other primates share an ability to understand meaningful signals due to their general intelligence, similar social types of interactions and goals, and physical resemblance.

“All great apes use gestures, but humans are so gestural – using gestures while we speak and sign, learning new gestures, pantomiming etc. – that it’s really hard to pick out shared great ape gestures just by observing people. By showing participants videos of common great ape gestures instead, we found that people can understand these gestures, suggesting that they may form part of an evolutionarily ancient, shared gesture vocabulary across all great ape species including us,” concluded lead author Kirsty Graham, a research fellow in Psychology and Neuroscience at St Andrews.

The study is published in the journal PLOS Biology. In addition, people can take a quiz version of the experiment here.