How humans hunted, farmed and warmed their way to the 6th mass extinction • Earth.com 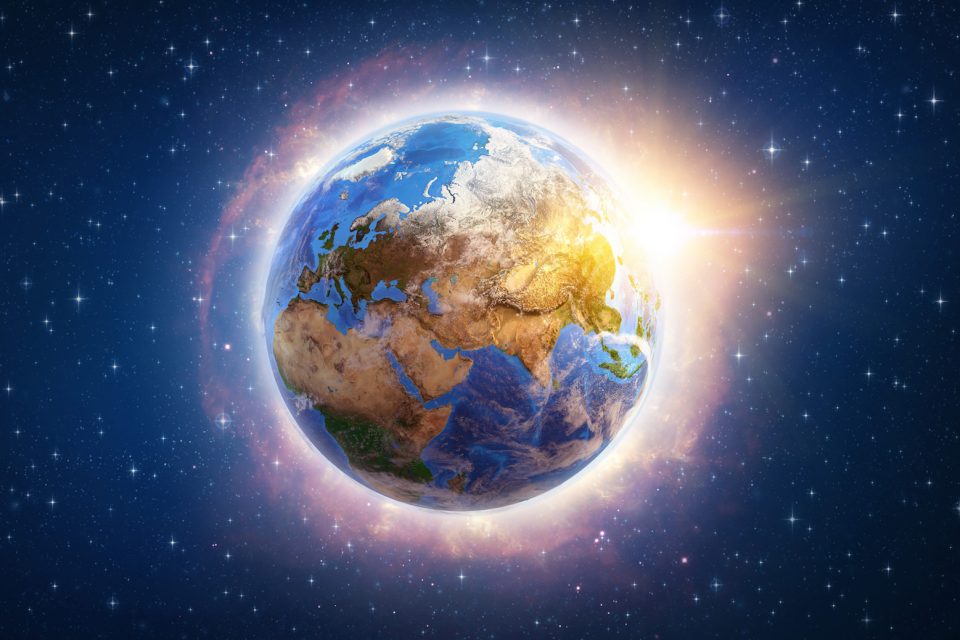 How humans hunted, farmed and warmed their way to the 6th mass extinction

The so-called sixth mass extinction may have first caught flame at the end of the last ice age, but it’s turned into an inferno in today’s warming world. The blame, unlike with previous mass extinctions, lies largely at the feet of one species: us. But how have we done it? From ice-age humans’ overhunting of megafauna to today’s warming climate, humans have remade the biosphere in an alarming — but fascinatingly — evolving way.

Five times in prehistory, a mass extinction event decimated Earth’s life, with at least 75% of the planet’s species disappearing. Many scientists say we’ve entered the sixth one: the “Holocene mass extinction,” named for the current geological epoch (to 11,7000 years ago), which coincides with humanity’s rise from hunter-gathering to world dominance.

Evidence comes from extinction rates, which are now 100 to 1,000 times the normal (or “background’) rate of extinction, studies show.

“The rapidity and global nature of species loss in such a short amount of time does seem to increasingly warrant characterization of a mass extinction,” said Jennifer Crees, a biodiversity researcher at the Zoological Society of London. “It is indubitably human-caused.”

Not all scientists agree, however. Duke University biologist Stuart Pimm said, “It’s a worry, it’s beginning to happen, but it hasn’t happened yet.”

That debate aside, humans may have been wiping out species for a long time — since the last ice age (Pleistocene) gave way to the Holocene. The disappearance of megafauna repeatedly follows the arrival of humans to bodies of land, particularly islands. Natural climate change likely played a role in those extinctions. But many scientists argue that human hunting killed off the mammoth in North America, the moa in New Zealand and others.

Early humans could cause such extensive losses because people aren’t like other predators, said University of Nebraska-Lincoln biologist Kate Lyons. First, we don’t follow the typical predator-prey cycles, with predator populations falling in response to overhunting.

The human intellect also supercharged our hunting prowess, giving us tools like the spear-hurling atlatl. In Australia, some 20,000 years passed between human’s arrival and the megafaunal wipeout. In the Americas, it took just 3,000 years.

“But humans hadn’t developed the atlatl in Australia,” Lyons said. “In North and South America, they had.”

Early humans may also have contributed to extinctions by using fire to clear areas for more-accessible plants. The big leap in extinctions, however, came with the transformations of the agricultural revolution, said Stanford biologist Paul Erhlich.

Agriculture converts enormous areas of biodiverse habitat in, for example, the Amazon to grazing areas. Forest and wetlands converted to fields offer poorer resources for wildlife.

Humans have also destroyed species’ habitats via urban development, bleaching coral due to CO2 emissions and other means. Overall, our land use could rob 1,700 species of 50% of their habitat over the next half-century, a recent Yale study found.

Like many other human activities, today’s agriculture also pumps out a lot of climate-changing gases. And an altered climate puts even more extinction pressure on Earth’s biota.

Species may not be able to tolerate hotter temperatures, Crees said. For example, “rises in temperatures cause bleaching and disease outbreaks in coral reefs,” she said.

Climate change can also shift habitats, turning species’ homes into desert or raising sea level around land-based critters. “Species may not be able to move or adapt in time,” Crees said. 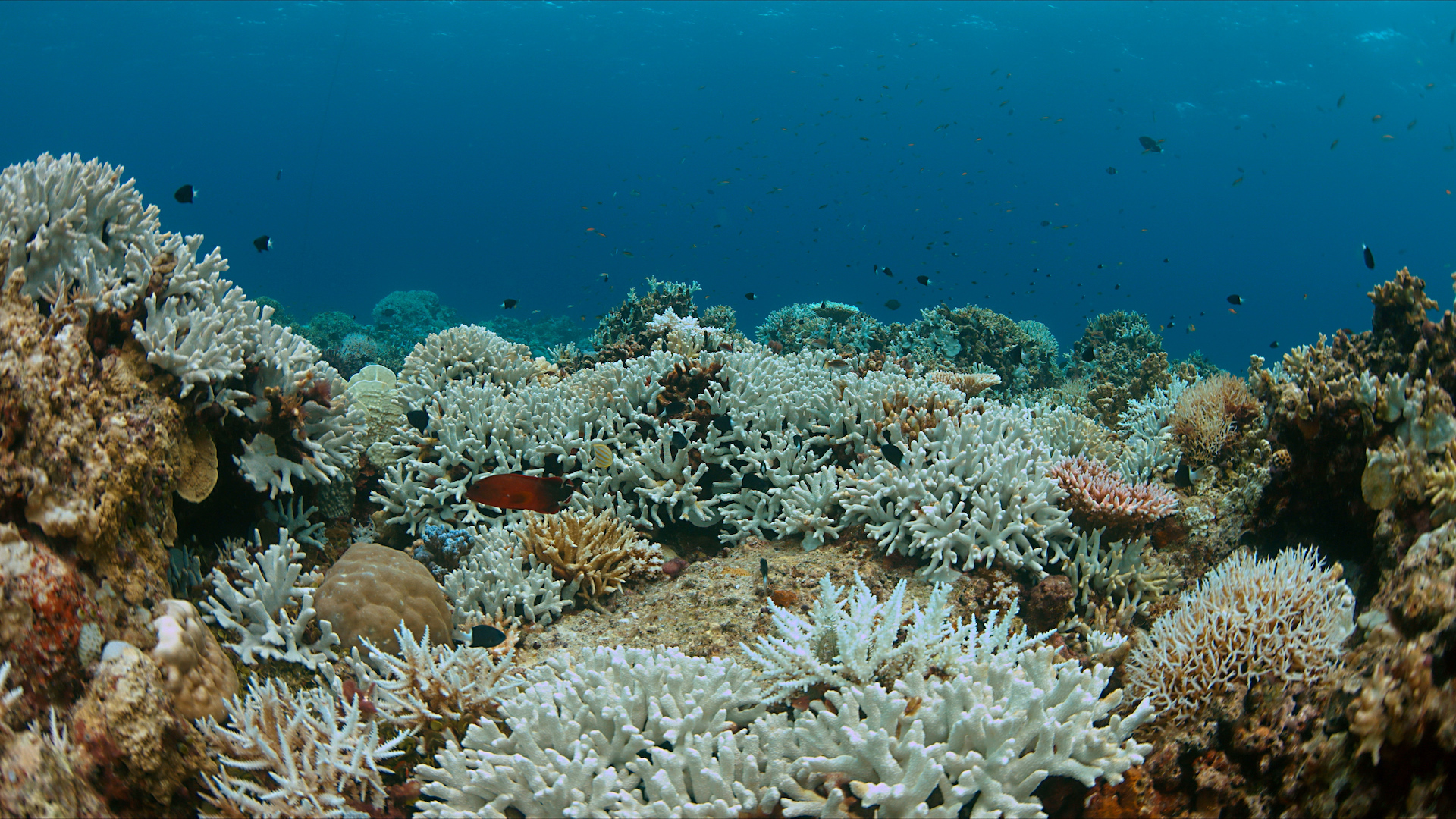 Even as broader human activity transforms climate and habitat, hunting still plays a role in extinction — as just part of modern humanity’s overexploitation of nature.

“Hunting and harvesting of animals and plants for e.g. food, traditional medicine and the pet trade are causing major crashes in populations,” Crees said.

The pangolin, a mammal prized for both its meat and unusual scales, faces widespread poaching, with 300 killed every day.

“I saw a report of intercepting shipments … of tons not of pangolins, but of pangolin scales,” Ehrlich said. “We are wiping out what we can.”

Beyond the those massive effects, humans have imposed extinction pressures by introducing disease, invasive species and pollution globally. Spread via travel and wildlife trade, for instance, the fungi-caused disease chytridiomycosis has killed off some 90 amphibian species.

Human-introduced non-native species can outcompete locals, Crees said, and domesticated carnivores, including Fluffy and Fido, severely endanger creatures who evolved without such threats.

Pollution affects species like the orca, which faces population collapses due to PCBs. Meanwhile, vast quantities of plastic endanger turtles that may ingest our trash.

“Species are often driven to extinction by a combination and often-complex interaction between these factors,” she said.

In a case Ehrlich studied, pollution and climate came together to put extreme pressures on butterflies.

Nitrogen from automobile traffic changed the food plants available for the butterflies. Meanwhile, climate change altered when remaining food plants were available, so they didn’t appear when the butterflies flew. “We had three populations of the butterfly … and all three of them were wiped out.”

Globally, insects, as Earth.com reported in February, are vanishing due to similar combinations of agricultural effects and climate change.

The lives we save…

The threat to insects highlights what humanity stands to lose, Ehrlich said. “The other organisms on the planet are our life-support system,” he said. “Without them, our crops can’t be pollinated. Our water can’t be purified.”

To address that threat, Ehrlich advises reducing consumption and conserving habitat – which humanity has actually been doing quite well, Pimm said.

“We’ve massively expanded the areas in the planet that we have protected,” he said. “We need to do a lot more … but equally, it’s a mistake to think that it’s all over.”