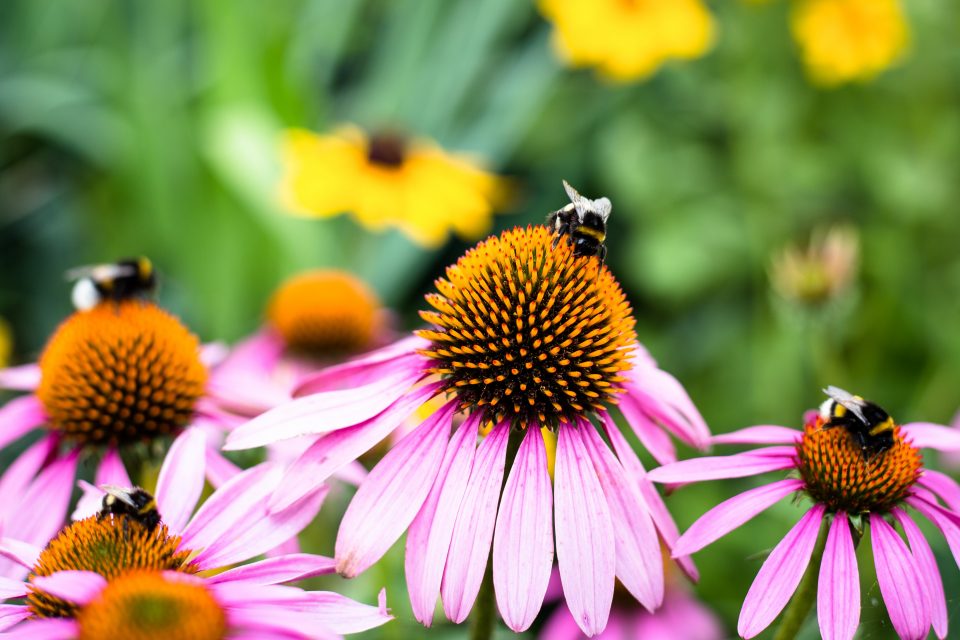 Bumblebees can force plants to speed up the production of flowers if they are struggling to find pollen, according to a new study.

The researchers found that when pollen is scarce, bumblebees intentionally damage plant leaves by biting them to accelerate flowering.

This previously unknown strategy dramatically impacts the timing of flower production. According to the study authors, the plants bloom up to a month earlier as a result of the sustained injuries.

Foteini Pashalidou is an expert in the Department of Environmental Systems Sciences at ETH Zürich. Pashalidou and her colleagues were studying how bees respond to plant odors when they discovered mysterious bite marks on some of the plants.

In a research greenhouse, the experts found that bumblebees were cutting holes in the shape of half-moons into plant leaves. Upon further observation, the team recognized that bumblebees from food-deprived colonies were the most active participants in damaging the leaves.

Various flowering plants with distinctively-shaped holes from bumblebee bites were found to bloom up to 30 days earlier than plants which had not been exposed to bumblebees.

The researchers were not able to trigger the flower-stimulating effects by replicating the cuts themselves, which suggests there may be an unknown feature that is unique to the bees’ strategy.

While the underlying mechanisms that link the bumblebee bites to premature flowering are not yet known, the findings indicate that bumblebee behavior may have a significant influence on the local availability of flowers.

Lars Chittka is a behavioral ecologist at Queen Mary University of London who wrote a commentary on the research.

“Understanding the molecular pathways by which one could accelerate flowering by a full month would be a horticulturalist’s dream,” wrote Chittka.

He noted that bee saliva may contain chemicals that prompt flowering, similar to substances found in the saliva of plant-eating insects that signal plant defense responses.

As the temperatures rise and the days get longer in the spring, insects emerge from their winter hibernation just as plants begin flowering.

The springtime synchronization of pollinators and flowering plants is critical for maintaining their symbiotic relationship. However, climate change is threatening to disrupt this delicate balance.

For example, warmer winter temperatures may cause pollinators to wake up before the springtime bloom, leaving them without any source of food.

Chittka pointed out how the newly described bumblebee behavior may help to mitigate some of the threats associated with global warming.

“An encouraging interpretation of the new findings is that behavioral adaptations of flower-visitors can provide pollination systems with more plasticity and resilience to cope with climate change than hitherto suspected,” said Chittka.