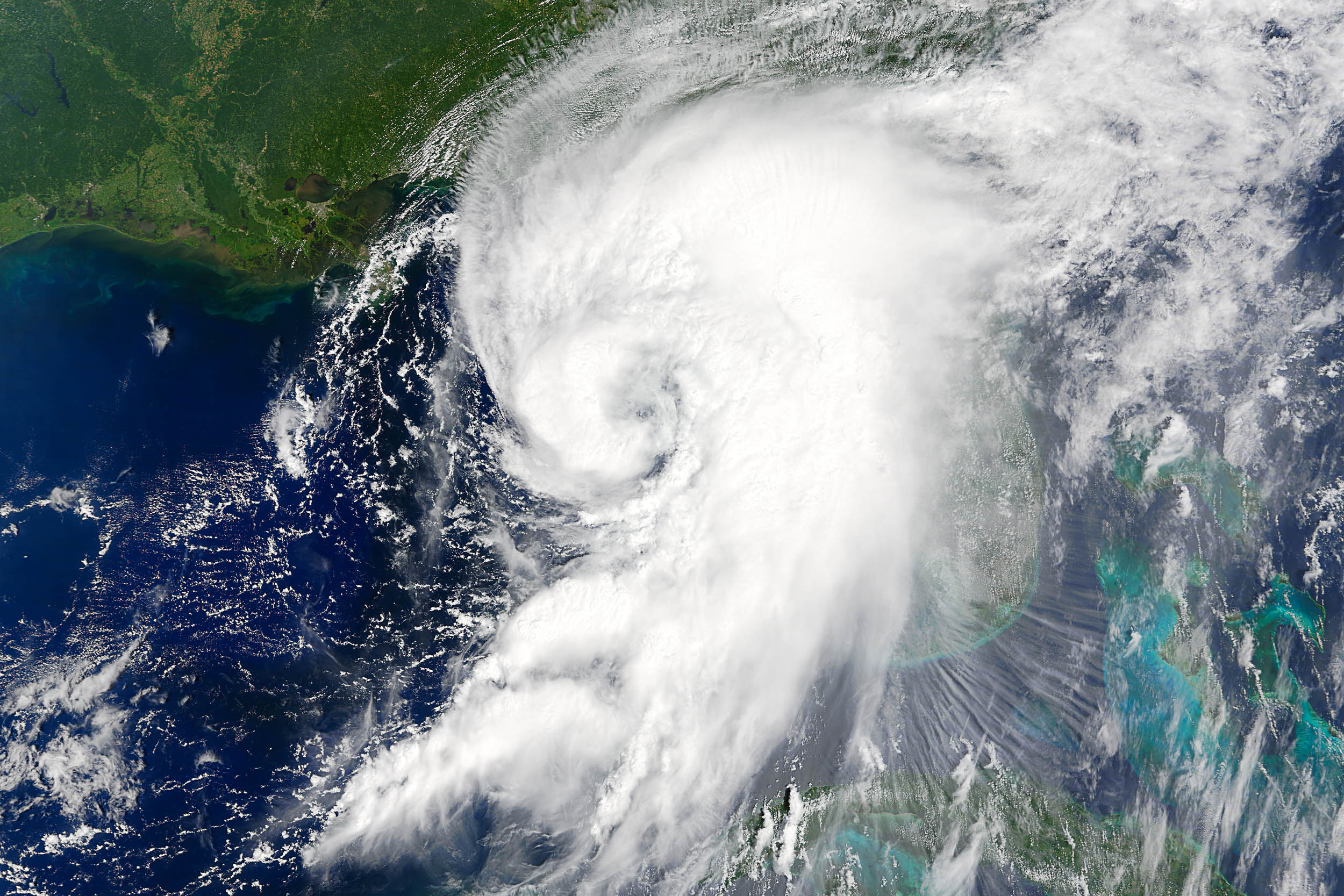 Hurricane Hermine is first hurricane to hit Florida in 10 years

Hurricane Hermine made landfall in Florida’s Big Bend area early Friday as the first hurricane to hit the state in more than a decade, bringing soaking rain, high winds and thousands of power outages. Injuries were reported in Tallahassee as trees fell onto homes.

The Category 1 storm hit just east of St. Marks around 1:30 a.m. EDT with winds around 80 mph, according to the U.S. National Hurricane Center. Hermine later weakened to a tropical storm as it moved farther inland.

Projected storm surges of up to 12 feet menaced a wide swath of the coast and an expected drenching of up to 10 inches of rain carried the danger of flooding along the storm’s path over land, including the state capital Tallahassee, which hadn’t been hit by a hurricane since Kate in 1985.

As of 8 a.m. EDT Friday, Hermine was weakening as it moved into southern Georgia, with maximum sustained winds of 60 mph, the Hurricane Center said. It was centered about 35 miles northeast of Valdosta, Georgia, and was moving north-northeast near 14 mph.

After pushing through Georgia, Hermine was expected to move into the Carolinas and up the East Coast with the potential for drenching rain and deadly flooding.

In Tallahassee, high winds knocked trees onto several houses injuring residents inside, fire-rescue spokesman Mike Bellamy said. He said an unknown number were taken to area hospitals with injuries that weren’t thought to be life-threatening. Bellamy said his agency responded to more than 300 calls overnight. Mayor Andrew Gillum estimated as many as 100,000 area residents were without electricity Friday morning.

At Florida’s Keaton Beach, just south of the state’s Big Bend where the peninsula meets the Panhandle, about two dozen people waited on a road just after sunrise Friday trying to get to their homes. Police had the road blocked because of flooding. Taylor County Commissioner Jody DeVane said several homes were damaged.

Dustin Beach, 31, rushed to Keaton Beach on Friday from a hospital in Tallahassee where his wife had given birth Thursday night to a girl.

“When my wife got up this morning she said, ‘Go home and check on the house. I need to know where we’re going after we leave the hospital,'” Beach said.

Cindy Simpson was waiting near her car, hoping her beach home and boats had made it. “It’s a home on stilts so I put everything upstairs. We have two boats in the boat house and I hope they’re still there,” she said.

In Wakulla County, south of Tallahassee, a couple suffered minor injuries during the storm when they drove into a tree that had fallen in the road, County Administrator Dustin Hinkel said early Friday. He said storm surge of 8 to 10 feet damaged docks and flooded coastal roads. At least seven homes were damaged by falling trees, said Scott Nelson, the county’s emergency manager.

As Hermine moved north, Georgia Power estimated about 19,000 homes and businesses were without power statewide early Friday. Many of those were in Valdosta and surrounding Lowndes County, about 15 miles north of the Georgia-Florida line. Lowndes County spokeswoman Paige Dukes said crews were dealing with fallen trees and snapped power lines, but no injuries had been reported. Winds exceeding 55 mph had been recorded in the county, with 4 to 5 inches of rainfall, she said.

The last hurricane to strike Florida was Wilma, a powerful Category 3 storm that arrived on Oct. 24, 2005. It swept across the Everglades and struck heavily populated south Florida, causing five deaths in the state and an estimated $23 billion in damage.

Florida Gov. Rick Scott declared an emergency in 51 counties. He said 6,000 National Guardsmen were poised to mobilize for the storm’s aftermath. The governors of Georgia and North Carolina also declared states of emergency.