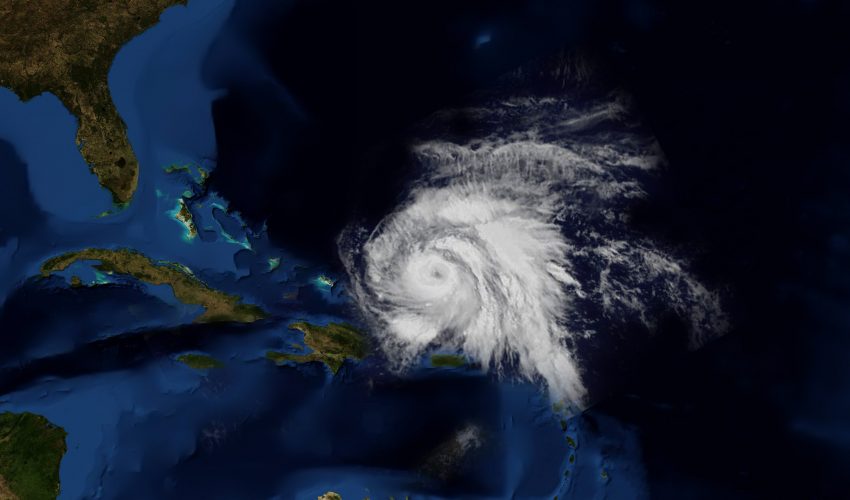 Hurricane Maria made landfall in Puerto Rico this morning as the strongest storm the island has seen in almost 90 years. The Category 4 hurricane roared onto the island around 6:15 a.m. with 155 mph winds, ripping roofs off of buildings and knocking out power across the entire territory.

By mid-morning, the hurricane had completely engulfed the 100-mile island. The National Weather Service in San Juan reported rainfall of up to 7 inches an hour. Residents reported windows shattering, buildings shaking, and streets turning into muddy rivers.

While anticipating the arrival of Hurricane Maria, Puerto Rico’s governor Ricardo Rossello told the Associated Press, “This is going to be an extremely violent phenomenon. We have not experienced an event of this magnitude in our modern history.”

Puerto Rico Emergency Management Agency (PREMA) Director Abner Gomez was braced for the worst at a press conference today. “When we can get outside, we will find our island destroyed,” he said. “The information we have received is not encouraging. It’s a system that has destroyed everything it has had in its path.”

On its way to Puerto Rico, Hurricane Maria ripped through the Caribbean after rapidly intensifying in strength from a Category 1 to a Category 5 storm in just 15 hours. The hurricane slammed into the tiny nation of Dominica Monday night with 160 mph winds, making it the strongest storm in the recorded history of the island.

As buildings are filling up with water and rivers are overflowing in Puerto Rico today, torrential rain and strong winds are expected to persist through this evening. Hurricane Maria will pass to the east of the Turks and Caicos as a Category 3 storm on Friday, and then will pass well to the east of the Bahamas by Saturday. Beyond this, the path of the storm is unclear.

“At this point, it looks like Maria will miss the United States and will move out to sea sometime later next week,” said ABC News meteorologist Max Golembo. “But this will be a close call, so we will be watching carefully.”

Governor Rossello took to Twitter today to encourage the residents of Puerto Rico. He tweeted, “God is with us; we are stronger than any hurricane. Together we will lift up.”