After the hurricane, where does all of the water go? • Earth.com 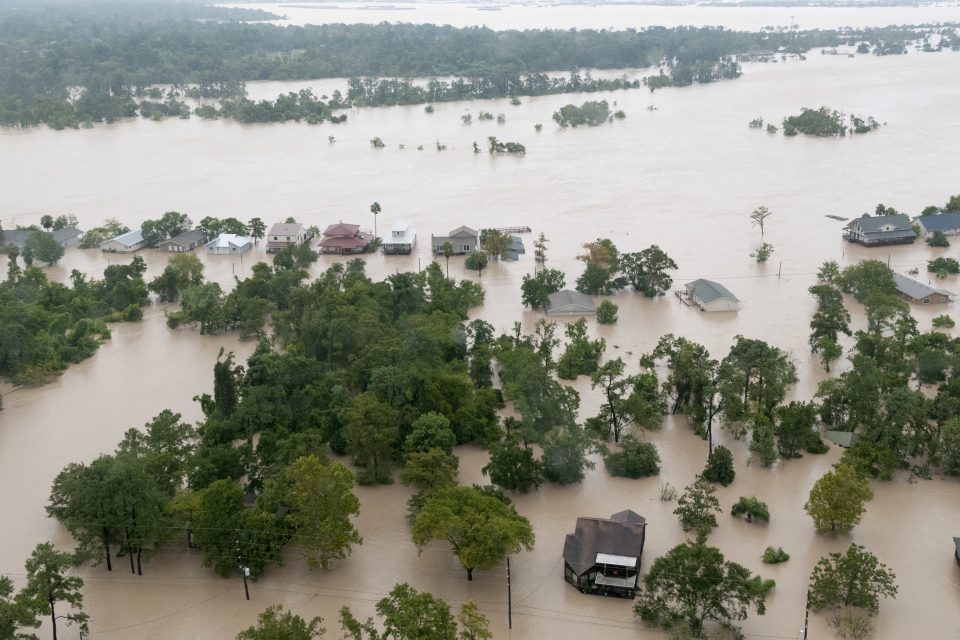 After the hurricane, where does all of the water go?

After the hurricane, where does all of the water go? We are now well into hurricane season and many parts of the Carolinas are still recovering from the damage and flooding caused by Hurricane Florence.

With the massive amounts of rainfall and flooding caused by storms and hurricanes these past few years, it begs the question, where does all the water go?

Researchers from the NASA Jet Propulsion Laboratory (JPL) recently conducted a study examining how and where flood waters recede over time.

The researchers tracked the water levels after Hurricane Harvey. Some parts of southeast Texas had more than five feet of rain due to the storm and it was the wettest recorded hurricane in U.S History.

The researchers used GPS data from 220 ground stations from Texas to Louisiana to measure changes in the Earth’s elevation.

Much of the floodwaters after Hurricane Harvey drained into the ocean and Galveston Bay, and some of the water was lost through evaporation and plant transpiration, according to Chris Milliner, the first author of the study.

However, 30 percent of the stormwater was captured or stored on land and slowly dissipated over a period of five weeks.

While analyzing the GPS measurements, the researchers found that as stormwater accumulated over Texas, the Earth actually dipped under the pressure as evidenced by the changes in elevation measurements recorded by the GPS systems.

“When you sit on a mattress, your weight depresses its surface. Earth’s crust is also elastic and behaves in a similar way under the weight of water,” said Milliner. “GPS is measuring the amount of subsidence (or depression), which tells you how much water mass must be pressing on the surface and where that water is distributed.”

The land around Houston, Texas sunk by 20 milliliters after Hurricane Harvey, but the GPS measurements slowly showed the land rebounding back as the water drained and evaporated according to the researchers.

The researchers had to specifically filter the GPS data to make these observations but now, future research will be able to easily quantify daily changes in water mass after a flood and understand where water is being stored and where it goes as it dissipates.

The study could benefit cities like Houston in the coming years as policymakers and flood managers will have a better idea of water is stored on land after a flood.