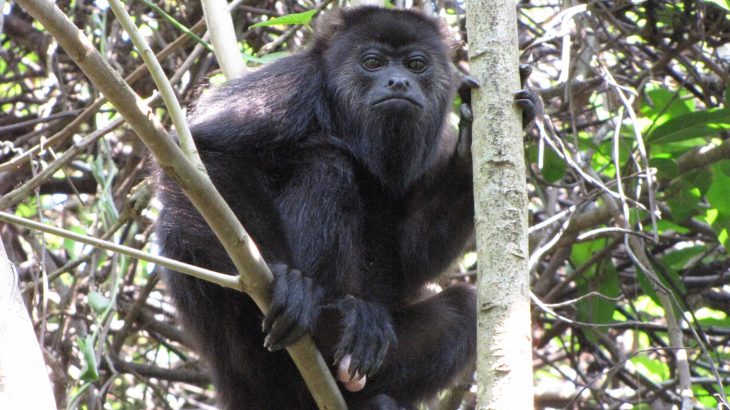 Speciation, the formation of new species, is a long, slow, and complicated evolutionary process.

Researchers are still working to unravel the mysteries of speciation, and a new study of hybrid howler monkeys is offering some key insights into the process.

Geographic isolation, when a population of species is split through a new geographic formation like a river or mountain range, is a common driver of speciation.

The two isolated populations then begin to evolve to adapt to the environmental changes and eventually the two populations are so genetically different from one another that they are recognized as two unique species.

However, there’s more to the equation than just geographic isolation, and researchers from the University of Michigan have identified the different forms of natural selection that help move speciation along in a new study published in the journal Molecular Ecology.

The study, which examined two species of howler monkeys that occasional interbreed in Mexico, provides a rare inside look at natural selection and how reinforcement favors reproductive isolation.

For nearly two decades, the researchers monitored and studied mantled howler monkeys and black howler monkeys who co-exist and occasionally interbreed in a 12-mile hybrid zone in Mexico.

The hybrid zone is a recent development as the two species diverged around three million years ago but came together again within the last 10,000 years.

Interbreeding is common in nature, but if the two species are interbreeding, then that means the howler monkeys are not reproductively isolated.

This process is called reinforcement and has been strongly debated by biologists because very little evidence of it has been found in nature.

To see if reinforcement was at play in the hybrid zone, the researchers collected and compared DNA from the two howler monkey species both within the radius of the hybrid zone and outside the parameters where interbreeding occurred.

“We observed patterns in the genetic data suggesting that hybridization is playing a direct role in completing the speciation process by enhancing genetic differences between species,”  Marcella Baiz, the study’s first author. “We found a signal for multiple forms of natural selection driving species differences, including reinforcement, a process that has been highly debated.

The researchers found stronger genetic differences between the two species in the hybrid zone compared to species that were further away from the zone.

“Speciation is a complex process that can be driven by direct and indirect mechanisms that interact to maintain and strengthen the process, and this study is one of the few natural examples that document this,” said Baiz.