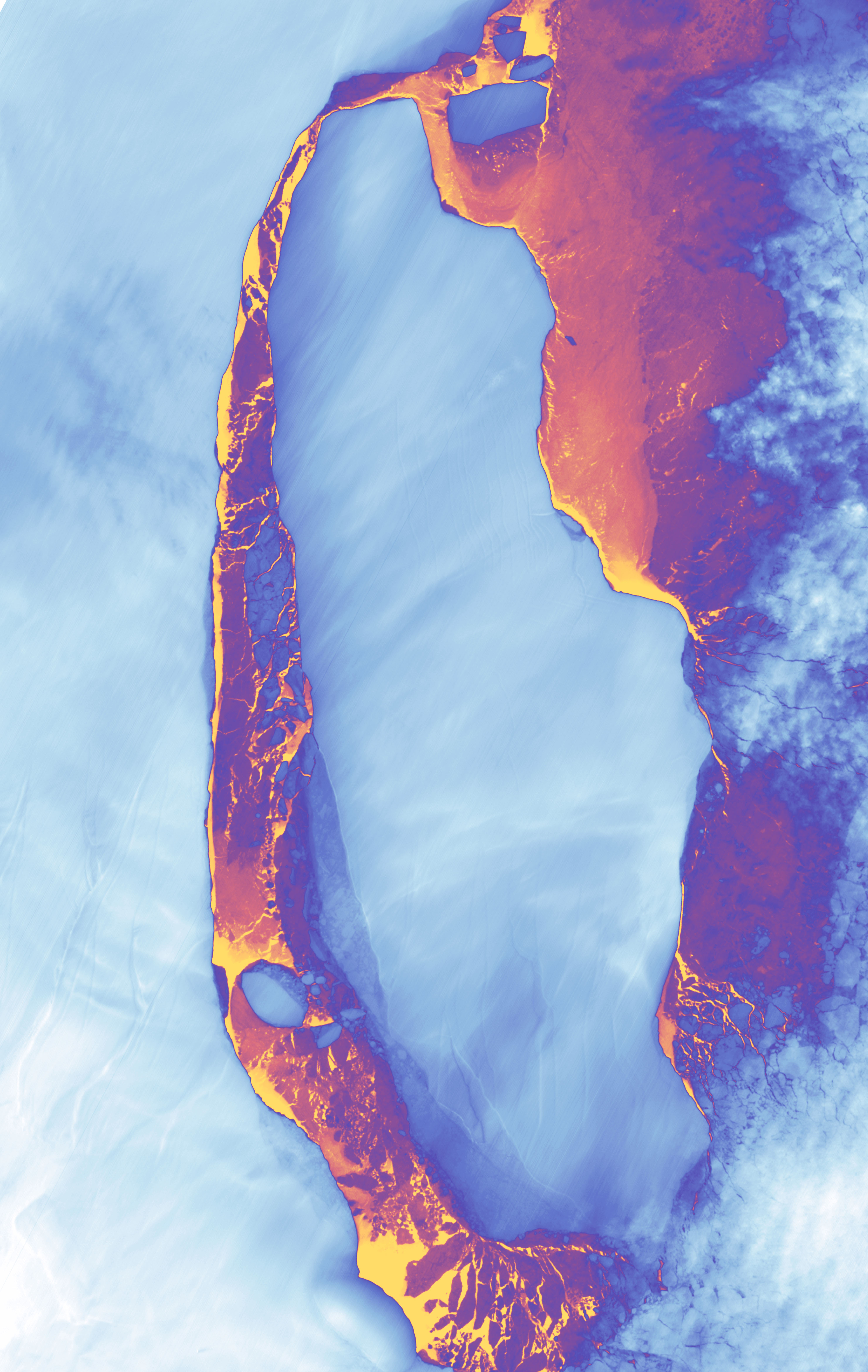 As we reported in July, an iceberg measuring 5,800 square kilometers, about the size of the state of Delaware, broke off the Larsen C ice shelf. Now, new thermal images from NASA show the massive iceberg as it breaks away and drifts off to sea.

Calving, as it called, is common in Antarctica, but this is an iceberg of unprecedented mass and size and has been carefully monitored by satellites.

It’s called  A-68, and it is one of the largest icebergs ever in recorded history.

A-68 is under constant surveillance as there is a fear it could make its way into shipping lanes. The Larsen C shelf also continues to be monitored to see if A-68 was an indication that the ice shelf is ready to collapse.

The Larsen C ice shelf is located along the northwest part of the Weddell Sea in Antarctica, and has been making more headlines due to a massive 112 kilometer crack growing along the shelf.

The crack grew by 27 kilometers in just two months at the beginning of 2017, and by July, A-68 finally broke off.

If the shelf collapses, ocean levels could rise by almost four inches.

The breaking off of A-68 was an anticipated event since the crack in the shelf was first discovered.

“We have been anticipating this event for months, and have been surprised how long it took for the rift to break through the final few kilometers of ice,” professor Adrian Luckman of Swansea University told WIRED.

Luckman is the lead investigator of the MIDAS project, which according to the project’s mission is “a UK-based Antarctic research project, investigating the effects of a warming climate on the Larsen C ice shelf in West Antarctica.”

As researchers continue to monitor the iceberg and the ice shelf, the amount of highly detailed satellite imagery taken of the area is impressive. Clear images were taken of A-68 showing its movements as it drifts away from the shelf even though Antarctica is now in its cloudy winter season.

Researchers will continue to monitor A-68 to see how far it drifts away and if it will break up into smaller pieces.