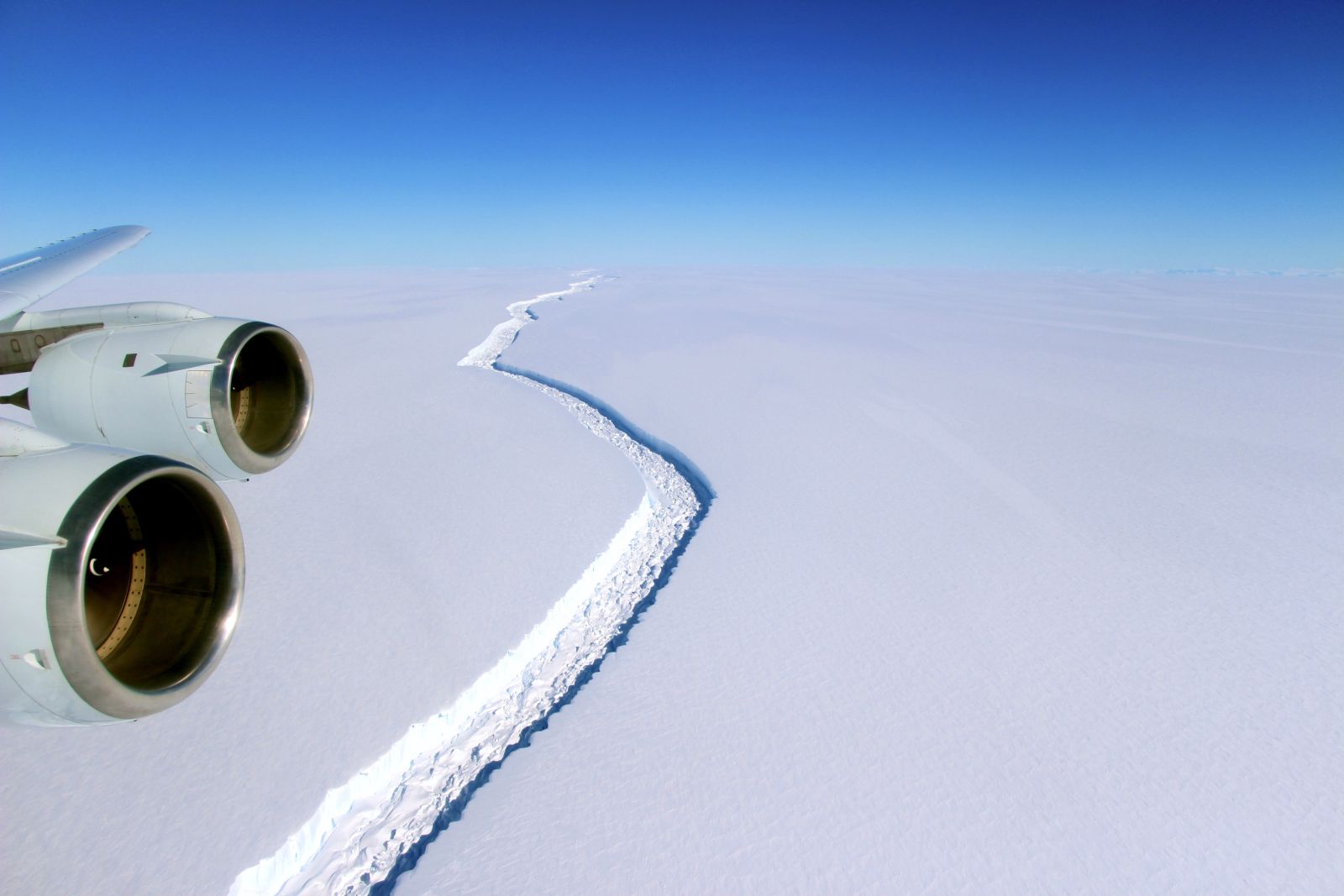 The iceberg, which most likely will be named A68, has been described as twice the size of Lake Erie and measures 2,240 square miles in size.

The event was anticipated by researchers from Project MIDAS and Swansea University, who had been monitoring Antarctica ever since the Larsen A ice shelf collapsed in 1995 and the Larsen B shelf dissolved in 2002.

“We have been anticipating this event for months, and have been surprised how long it took for the rift to break through the final few kilometers of ice,” said Adrian Luckman, researcher from Swansea University. “We will continue to monitor both the impact of this calving event on the Larsen C Ice Shelf, and the fate of this huge iceberg.”

The event has completely reshaped the Larsen C ice shelf, reducing it by 12%, which will require maps to be redrawn.

While the team noted that this was a natural event not caused by human-induced climate change, it still leaves the ice shelf in danger of further dissipation.

From here, the iceberg is likely to break into smaller chunks, with some pieces remaining in the water for decades, while others will make their way into warm waters and melt.

The new iceberg is about half the size of the largest iceberg ever recorded. B15 broke off Antarctica’s Ross ice shelf in 2000 and measured a whopping 4,250 square miles. 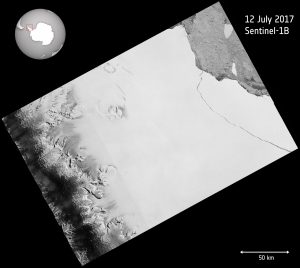