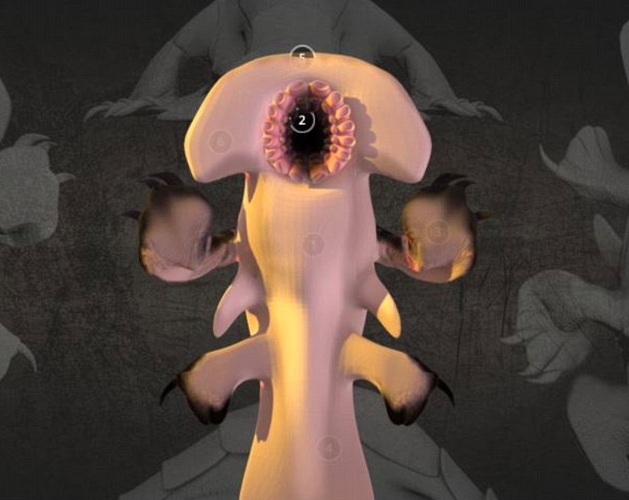 Movies and television have largely shaped common perceptions of what aliens could look like. Most people imagine slimy, green creatures with giant heads and huge eyes. But now, scientists have used red dwarf systems to configure what may be the most realistic depictions of how aliens would really look.

Dr. Brian Choo, of the Flinders University School of Biological Sciences in Australia, teamed up with graphic design artist Steve Grice to create the images. The team used red dwarf systems as a model, as they are widely believed to be the most habitable in the galaxy. The recently discovered Trappist-1 red dwarf system is believed to contain at least three different planets similar to Earth that could sustain life. Of course, life on those planets would look very different than life on Earth.

According to Dr. Choo, life on such planets would be primarily amphibious. Each animal would most likely have armored plates lining their skin to protect from the intensity of sun, airborne debris, and predators.

Because most of the plant life on these planets would be found close to the ground and between rocks, the animals would need a mouth capable of gathering it up. Choo believes these creatures would require strong front legs to both uncover food from underneath rocks, and to burrow for protection from weather.

Red dwarf stars give off a smaller spectrum of radiation, and Choo hypothesizes that animals on these planets would have transparent skin to capture as much of it as possible.

‘This odd creature grazes on low growing lichen-like vegetation and digs for buried tubers,” said Dr. Choo. ‘The low-slung body and armored carapace permit it to forage during the blistering windstorms that scour surface. The paddle-like tail and vestigial fins betray an aquatic larval stage in the cool lakes at the edge of the melting dark-zone glaciers.”

The team has displayed their work on a Sketchfab page available to the public.