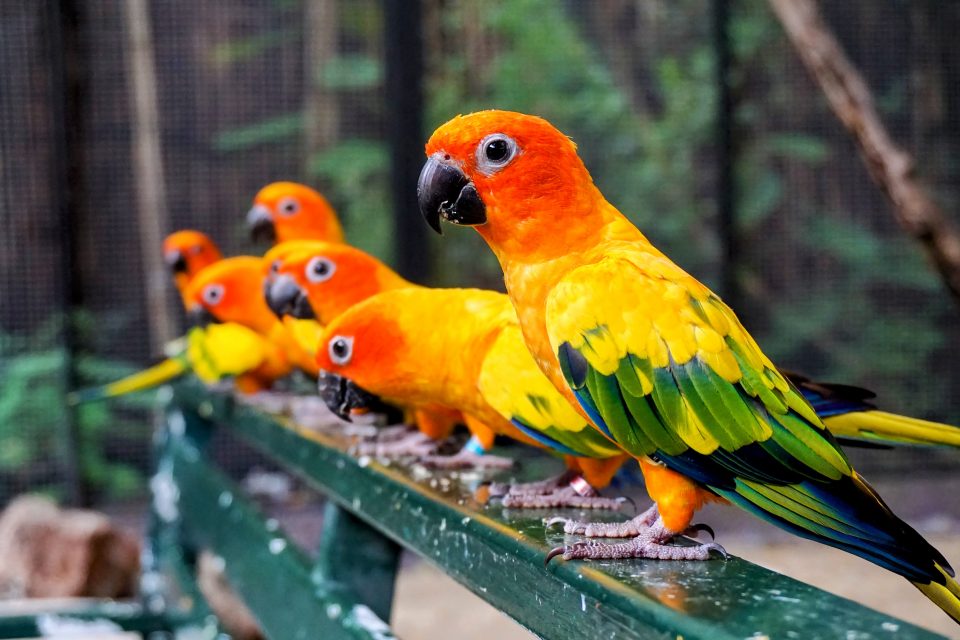 Parrots are known for their remarkable ability to imitate, and they even replicate the signaling calls of other individuals during vocal interactions.

A team of researchers at the University of Copenhagen has determined that this rapid vocal matching has an influence on important social dynamics including flock formation.

The results of the study suggest that we have been overlooking a key component to understanding the function of vocal imitation in parrots. A single vocal interaction seems to influence whether or not parrots decide to fuse with another flock based on the quality of the individual that produces the vocalization.

“By using a novel experimental design, we were able to gain valuable insights in the flock decisions of a social parrot, the orange-fronted conure, Eupsittula canicularis,” explained study first author Heidi M. Thomsen.

“During the interaction, one simulated individual would act as the leader by calling first, followed by the other individual. We specifically tailored the playback so the contact calls of the follower would imitate those of the leader. The listening wild flocks could now decide to fly after either the leader or the follower to fuse with it.”

The study revealed that the parrots chose to follow vocal leaders more often than vocal followers during fusions.

“These results suggest that paying attention to conspecific contact call interactions can provide individuals with social information that can be utilized during fission and fusion events, significantly influencing the social dynamics of orange-fronted conures.”

Thomsen said that while it is not yet known why leaders are preferred, the findings indicate that orange-fronted conure flocks rely on eavesdropping on vocal interactions to infer the relative quality of unfamiliar individuals.