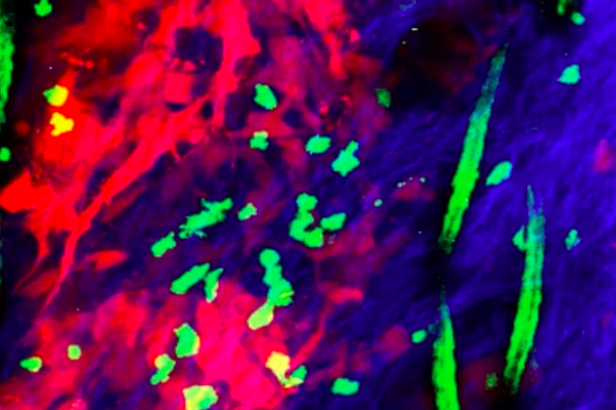 Researchers may have discovered a revolutionary new method for treating skin cancer by using immune cells.

Skin cancer is the most commonly diagnosed form of cancer in the United States, according to the American Cancer Society, as millions are affected by skin cancer every year.

Australia and New Zealand also have incredibly high rates of skin cancer and a little under 2,000 Australians die every year of the disease.

The discovery is remarkable, and the study finally provides an explanation for how T-cells work and why they are effective against cancer. The study was published in the journal Nature.

“What we found was that the cells are capable of basically inducing a state of dormancy of the tumour, like putting the cancer to sleep,” Simone Park, the lead author of the study, told the Sydney Morning Herald. “The cancer cells aren’t completely killed. They are still there, but they are held in check by the tissue-resident memory T cells.”

The researchers monitored T-cells and melanoma cells with fluorescent markers to observe how the cells reacted to each other.

T-cells were also removed from mice with dormant melanomas as part of the study, and after the T-cells were gone, tumors began to spread.

“We could watch in real time the T cells interacting with melanoma cells,” Park told Daily Mail Australia. “We could identify melanoma cells that can’t be seen with the naked eye. This mechanism hadn’t been described before.”

This discovery opens the door to new research on T-cells and provides a better understanding of how T-cells work to fight cancer.

The researchers hope that eventually T-cells will be used for safe and effective treatments for skin cancers.

“We now have a much better understanding of which T cells are important in controlling skin cancers and how these cells are working, but there is still much more work to do to make these cells work even better,” said Thomas Gebhardt, the senior author of the study to the Sydney Morning Herald.