A new way to improve the flavor of store-bought tomatoes • Earth.com 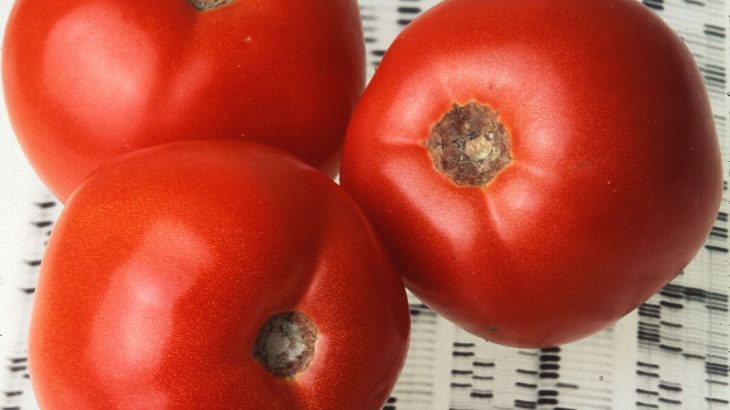 A new way to improve the flavor of store-bought tomatoes

A new study from the Agricultural Research Service (ARS) may have pinpointed a way to give store-bought tomatoes more flavor. The researchers identified genes that are critical for crop breeding and improvement.

Cultivated tomatoes have a wide range of physical and metabolic variation, but domestication and breeding have left today’s tomatoes with a narrow genetic base. Molecular biologist James Giovannoni teamed up with bioinformatics scientist Zhangjun Fei to construct the pan-genome for hundreds of different cultivated and closely-related wild tomatoes.

The study revealed almost 5,000 previously undocumented genes that were absent from the original reference genome.

“One of the most important discoveries from constructing this pan-genome is a rare form of a gene labeled TomLoxC, which mostly differs in the version of its DNA gene promoter,” said Giovannoni. “The gene influences fruit flavor by catalyzing the biosynthesis of a number of lipid (fat)-involved volatiles – compounds that evaporate easily and contribute to aroma.”

In addition, the researchers found that TomLoxC supports the production of a group of apocarotenoids that work as signaling molecules, affecting a variety of responses in plants including environmental stress. The compounds have a variety of floral and fruity elements that influence how tomatoes taste.

The rare version of TomLoxC was found in only two percent of older cultivated large tomato varieties, yet was present in 91 percent of currant-sized wild tomatoes.

“It appears that there may have been strong selection pressure against or at least no selection for the presence of this version of TomLoxC early in the domestication of tomatoes,” said Giovannoni. “The increase in prevalence of this form in modern tomatoes likely reflects breeders’ renewed interest in improved flavor.”

The findings could inform breeders on how to quickly increase the flavor of store-bought tomatoes while preserving their most important traits.

“These novel genes discovered from the tomato pan-genome added substantial information to the tomato genome repertoire and provide additional opportunities for tomato improvement,” said Fei. “The presence and absence profiles of these genes in different tomato populations have shed important lights on how human selection of desired traits have reshaped the tomato genomes.”