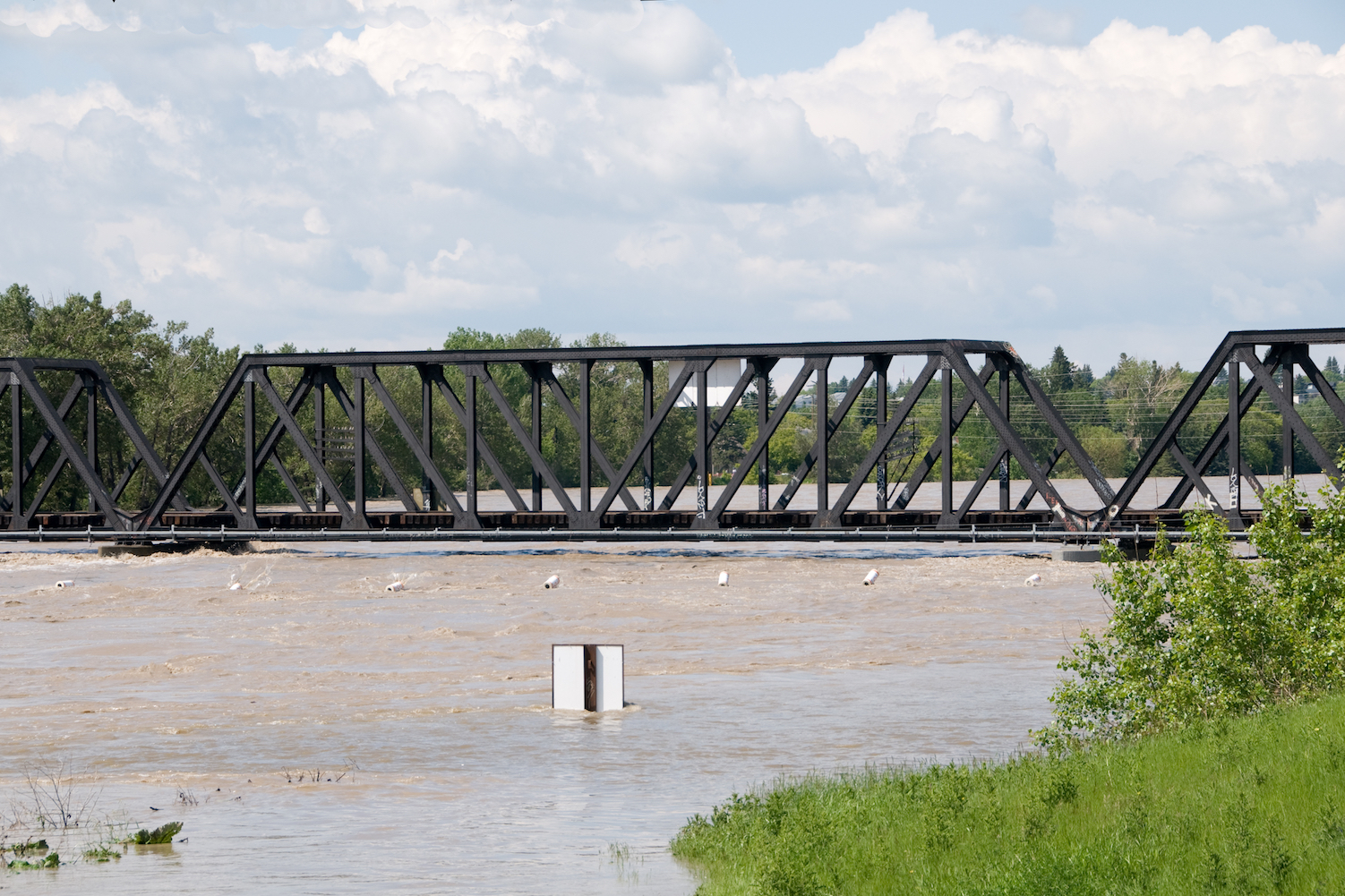 Climate change is often seen as posing the greatest risk to coastal areas, but the nation’s inland cities face perils of their own, including more intense storms and more frequent flooding, the Associated Press reported.

Inland areas will also have to confront the issue of bridges that were built too low for rising river water levels. A century-old train trestle in Des Moines, Iowa was restored a decade ago, but now has to be raised 4.5 feet with a crane after experts concluded that the river’s flooding risk was nearly double earlier estimates. The most likely culprit? Climate change.

“It was like a bomb was dropped off in our lap,” city engineer Pam Cooksey said of the revised flood forecasts from the Army Corps of Engineers. The findings suggested that the bridge could act as a dam during bad storms, sending waves of backed-up floodwater into the refurbished business district.

Bridges are also being raised even in states such as Texas, where many political leaders are still debating whether climate change is even real.

In Milwaukee, bridges have been raised as part of $400 million in flood-management projects across a metro area with 28 communities. In Reno, Nevada, officials spent about $18 million to replace a bridge over the Truckee River last year and plan to replace three more after flood-danger projections were increased by up to 15 percent.

Because the cities are inland, many residents were not expecting to experience direct effects of climate change.

“A lot of these are not the kind of places that people are used to thinking of being in the forefront of climate change,” said Jim Schwab, manager of the Hazards Planning Center at the American Planning Association, which is working with nearly a dozen cities on flood-mitigation options.

Many communities are “still feeling their way through this particular problem,” he said.

The Federal Emergency Management Agency (FEMA) says it’s now routinely providing money to help cities raise bridges, although no dollar total is available. Typically, more than 1,500 bridges are reconstructed each year for an assortment of reasons.

Hundreds and possibly thousands of bridge-raising projects have been completed recently or are planned, Schwab said. A cursory check by the AP in a handful of states found at least 20 locations where bridges have been raised or construction will begin soon.

In Texas, where politicians including Sen. Ted Cruz have questioned whether the climate is growing warmer and if humans have caused the change, Austin has raised two bridges in the past five years and plans to improve three more stream crossings, said Pam Kearfott, a supervising engineer in the city’s watershed protection department.

Officials “try to stick to the technical basis for change” and ignore the politics, she said.