Insects are an eco-friendly source of protein - would you try one? • Earth.com 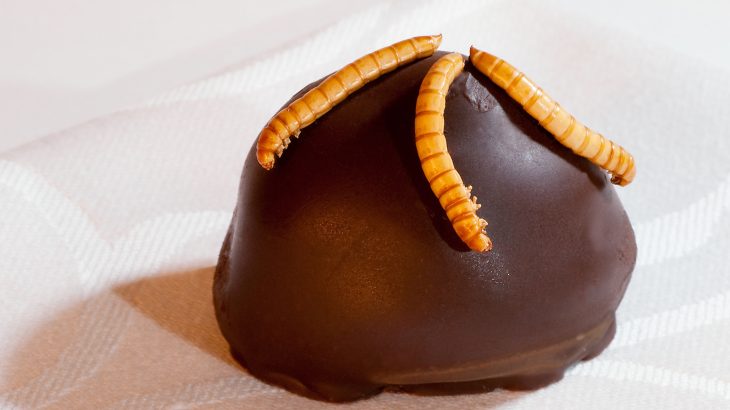 Insects are an eco-friendly source of protein – would you try one?

Would you be open to trying a snack made with insects?

For people in western countries, insects are rarely consumed as food, and if they are it’s usually as a novelty, but in many countries insects are a welcome source of protein.

According to a recent report in The Conversation, roughly 2 billion people around the world eat insects, and in Africa it is especially common.

In a future where food insecurity is slated to become a widespread challenge due to climate change, finding ways to sustainably meet food demand and still reduce greenhouse gas emissions is key, and one way to do this is to cut back on livestock farming and meat production.

Insects could be a viable alternative protein source, but how do you get countries that don’t typically eat insects to warm up to entomophagy (the practice of eating insects).

But now, a new study may have found the answer and it has to do with clever marketing.

Researchers from the University of Bern conducted a study examining strategies that could be employed to help people be more comfortable with eating insects.

The study was published in the journal Frontiers in Nutrition and the results suggest that promoting insects as a luxury or tasty delicacy could help improve the appeal in countries where insects are not regularly eaten.

“Insects have numerous health benefits as a source of protein and dramatically outperform conventional meats in terms of greenhouse gas emissions,” Sebastian Berger, the lead author of the study. “Therefore, insect-based food might help in the fight against climate change.”

The researchers asked members of the public in Cologne, Germany to view advertisements for an insect-based food. Some of the advertisements promoted insects as an environmentally friendly and healthy food, but other adverts highlighted the pleasurable and tasty aspects of the food.

Participants were then given a mealworm chocolate truffle and a questionnaire about the treat, if they were willing to try it, what they thought it would taste like, it’s quality, and if it was eaten, how it tasted.

The researchers say that for people who don’t eat insects, marketing is crucial for overcoming the “disgust” factor that consumers might have about eating insects. Promoting the eco-friendly benefits just isn’t enough to make the insect itself appealing.

Instead, the study shows that appealing to people’s emotions is the more strategic way to go and giving insects luxury status could help sway strong feelings of disgust.