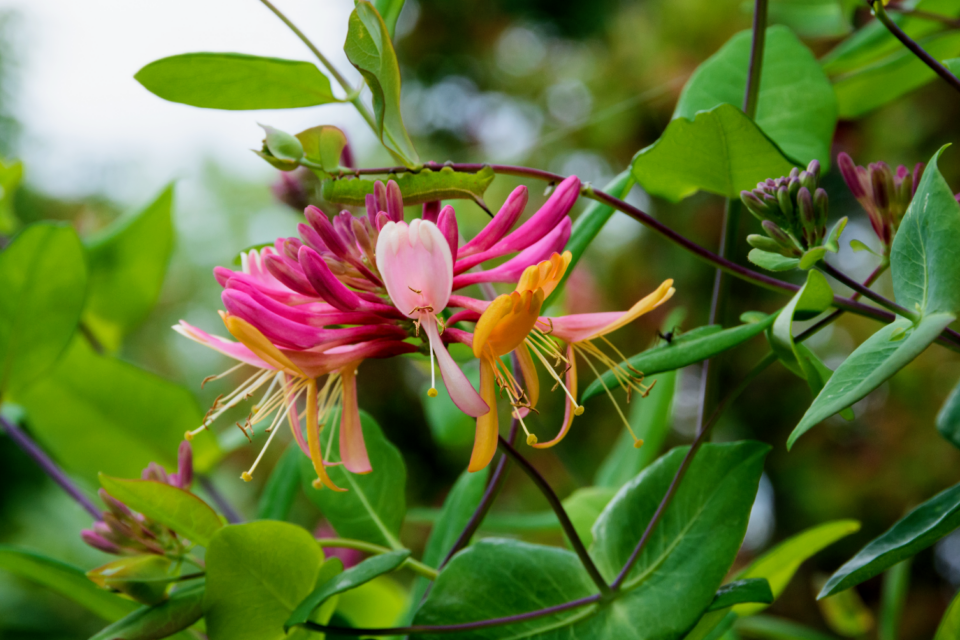 A new botanical survey of southwest Ohio conducted by the University of Cincinnati (UC) has found that invasive species introduced in the United States over the past century are gradually crowding out many native plants, threatening a large variety of ecosystems that depend upon them. These non-native species include plants such as the Amur honeysuckle, the porcelain berry, the winged euonymus, the European buckthorn, or the Oriental bittersweet.

By focusing on undeveloped parts of cemeteries, banks of the Mill Creek, and public parks that have remained protected from development during the past two centuries, the scientists found that many species that were initially introduced as ornamental plants have now spread and are flourishing in the wild.

One of the most invasive species is the Amur honeysuckle, a woody shrub originating from Asia, which has delicate white flowers in the spring and red berries in the fall. According to a survey from 1961, this plant started to grow in some parts of Hamilton County, but had not yet spread in the wild in other places in Ohio. Now, it is found everywhere in the state, crowding out virtually all other low-lying vegetation.

“Amur honeysuckle is now the most abundant woody plant in Hamilton County. It has escaped into the wild and is propagating on its own,” said study lead author Denis Conover, a professor of Biology at UC. “One bush can produce thousands of seeds that get dispersed by birds and mammals.”

According to Professor Conover, in places where these introduced plants are found, there is often less biodiversity to support wildlife and the native food chains. Once they take hold, eradicating them is labor-intensive, time consuming, and expensive.

“Native plants just don’t have a chance. Everything that depends on the native plants — insects, birds — can be lost,” he said. “When they introduce nonnative plants to the United States, they can also import fungal diseases that can wipe out native trees, which is what happened with the American chestnut.”

Besides the Amur honeysuckle, the researchers found dozens of other examples of foreign species that have taken root in southwest Ohio’s forests, including the tree of heaven, the common privet, the lesser periwinkle, the Norway maple, the Amur cork tree, and the white poplar, as well as various herbaceous species such as the lesser celandine, the garlic mustard, and the Japanese knotweed.

“The spread of nonnative invasive species into wooded natural areas in southwestern Ohio threatens the continued survival of native flora and fauna. Efforts by park managers and volunteers to control invasive plant species has become a major part of their duties. This effort will be required in perpetuity and will be at great expense both monetarily and timewise due to collateral damage to native plants, wildlife, and humans caused by the extensive use of herbicides, chainsaws, and other mechanical equipment,” the authors concluded.

The study is published in the journal Ecological Restoration.