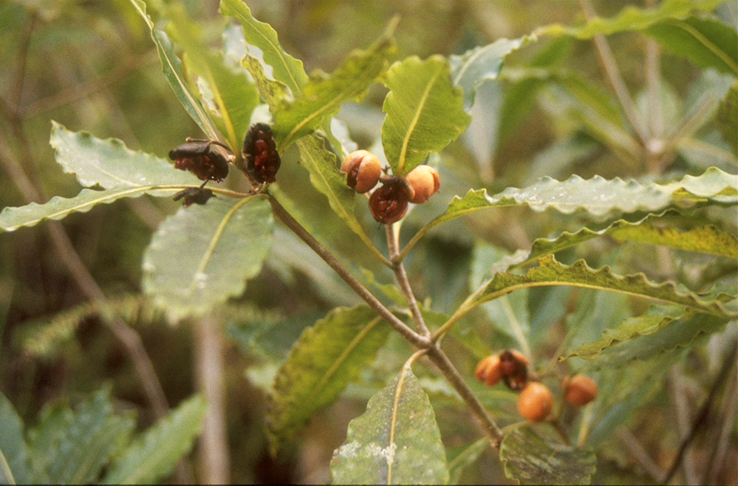 An invasive tree species native to Australia is now endangering an important biodiversity hotspot in Jamaica.

The tree is the Pittosporum undulatum, also known as the mock orange tree because of its bright orange fruit that has seeds covered with a sugary coating.

These seeds attract birds, and so the mock orange tree is dispersing through Jamaican forests at record speeds. Hurricane damage has only helped the species spread.

A team of researchers from Landcare Research in New Zealand, the Universities of Cambridge, Denver, and Bangor conducted a study of forests in the Blue and John Crow Mountains National Park to better understand the invasive nature of the Pittosporum undulatum.

The study was published in the journal Biological Conservation.

The park is a protected preserve and a necessary home to endangered species that exist only in Jamaica, and mock orange trees pose a dangerous threat to the rare plants and animals that live there.

For example, mock oranges are endangering a group of plant species called bromeliads which grow on stems but can’t grow on the Pittosporum undulatum because the bark is too smooth.

Bromeliads are important for many insect species who rely on the plant for water, and the insects, in turn, are a food source for the endangered Jamaican Blackbird.

The invasive nature of the mock orange tree is tipping the delicate ecosystem of the protected national park forests.

The research team studied the Jamaican forests using a record of the their history that ranged 4o years. The results showed a constant increase of Pittosporum, and currently, the species accounts for more than 10 percent of all tree stems.

The study shows how important biodiversity is and how delicate ecosystems are easily threatened by invasive species.

The researchers hope their results will urge policymakers to control the spread of invasive species like the mock orange in vital Jamaican forests.

“We are sure that active intervention at this stage would be very cost effective, reducing the much greater costs of trying to restore the native forests if the invasion is allowed to spread further,” said Peter Bellingham, the lead researcher.