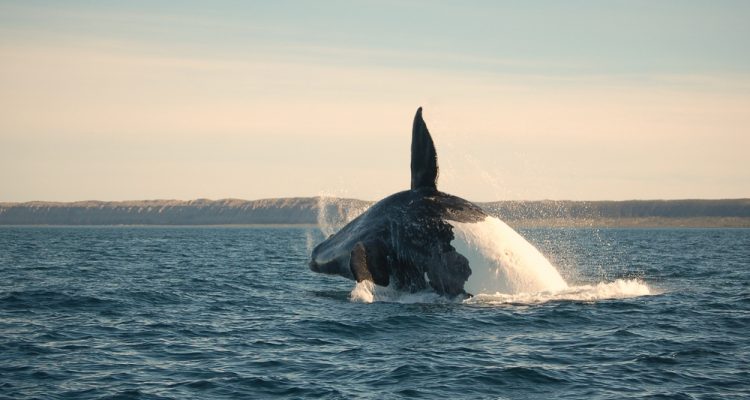 Hundreds of baby southern right whales have been washing up dead along the coast of Argentina’s Valdés Peninsula. Now, researchers are launching an effort to find out what’s causing the mysterious whale deaths.

Scientists will track calves, as well as adult whales, by tagging them and tracking them via satellite. They’ll also take DNA samples, enabling them to tell individual whales apart. The effort will be funded by the EU and the UK Department of Environment, Food & Rural Affairs.

Discovering the cause of the whale deaths has scientists in a race against time. “There are only a few thousand southern right whales left on the planet,” said geneticist Jennifer Jackson, of the British Antarctic Survey, Cambridge. She is leading the project and believes that the answers lie in the sub-Antarctic where the southern right whales feed.

The species has faced various factors that has led to their decreasing numbers over the years. Their name comes from the whaling industry in which they were deemed as the “right whales” for hunters to target due to their slow speed, as well as their tendency to float after being killed. Right whales also yield large amounts of oil. Mother right whales stay close to their young, swimming with them in shallow waters and making them a prime target for whalers.

Once hunting of the southern right whale was banned in 1940, their numbers started to recover. Scientists aren’t certain what’s causing the current deaths, but they have theories. They wonder if a lack of krill – the whales’ primary food source – could be killing them off. Toxic algae could also be a factor. Kelp gulls are another potential source of problems for southern right whales, as they’re known for attacking calves.

As researchers track the whales, they’ll also do survey numbers of krill, as well as look at individual whales’ hormone levels and reproductive status. Jackson is hoping that this will paint a broad picture of what’s happening to the whales and whether scientists can do anything to stop it.