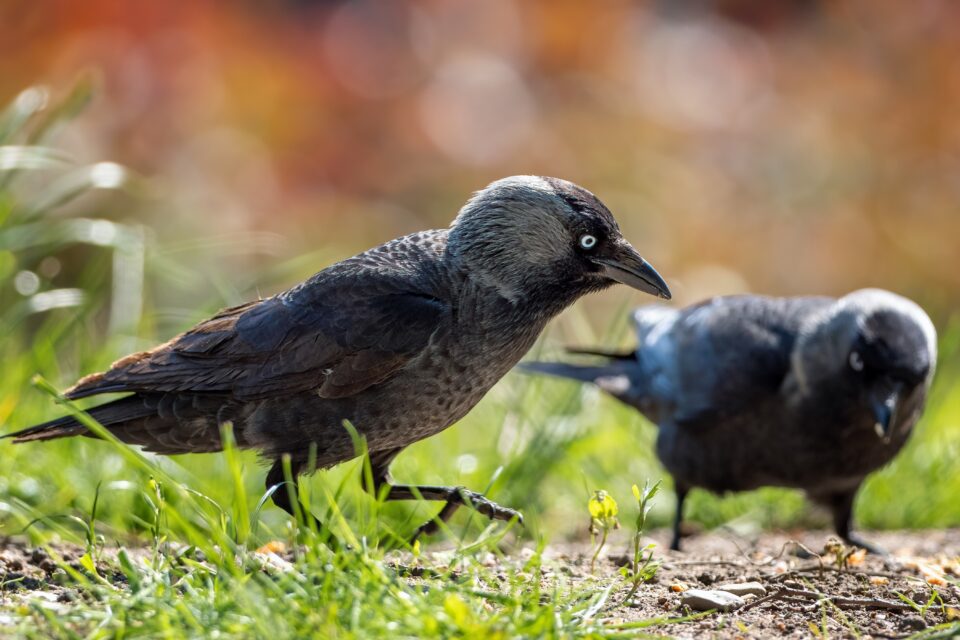 A new paper published in Current Biology details an astounding behavior seen in jackdaws, a small crow species. Researchers in the United Kingdom found that these crows make a Democratic decision about when to take flight after a night of rest.

Consensus decision-making among non-human animals is not a new concept. However, this is the first study to show that a sizable non-family group performs this behavior.

The decision of when to move is an important one. Taking off in large groups helps the birds avoid predation and maybe learn about where the best food is.

Still, not everyone wants the same thing simultaneously. So, the jackdaws begin making calls to signal they are ready to take flight. Birds from different family groups or flocks of various ages and sexes all come together, and once enough birds decide it’s time to get moving, off they go.

“Through their calls, jackdaws appear to effectively signal their willingness to leave, providing large groups with a means of achieving consensus to perform cohesive, collective departures from the roost,” explained the researchers.

To explore how the birds decide when to take flight, the researchers took audio and video recordings of roosts that varied in size from 160 to 1,500  individual birds. They quantified the intensity of the calls right before and right after the birds began to fly.

Most of the time, hundreds of birds would take off within four seconds of one another, and the bird calls intensified about one hour before the largest group took flight.

To test cause and effect, the researchers played audio of other jackdaws and found that the birds would take flight an average of 6.5 minutes earlier when the audio was present. They believe this occurred because the roost thought more birds came to a consensus that they were ready to leave, so they took off.

“Through their calls, jackdaws appear to effectively signal their willingness to leave, providing large groups with a means of achieving consensus to perform cohesive, collective departures from the roost,” said the researchers.

Study co-author Alex Thornton hopes this discovery allows us to understand and help jackdaws now and in the future. “As human impacts on wildlife grow, we are very interested in understanding whether and how human disturbance – for instance, from light and noise pollution – may affect animal groups’ abilities to communicate and reach consensus decisions.”