Could jellyfish chips be a crunchy new snack? • Earth.com 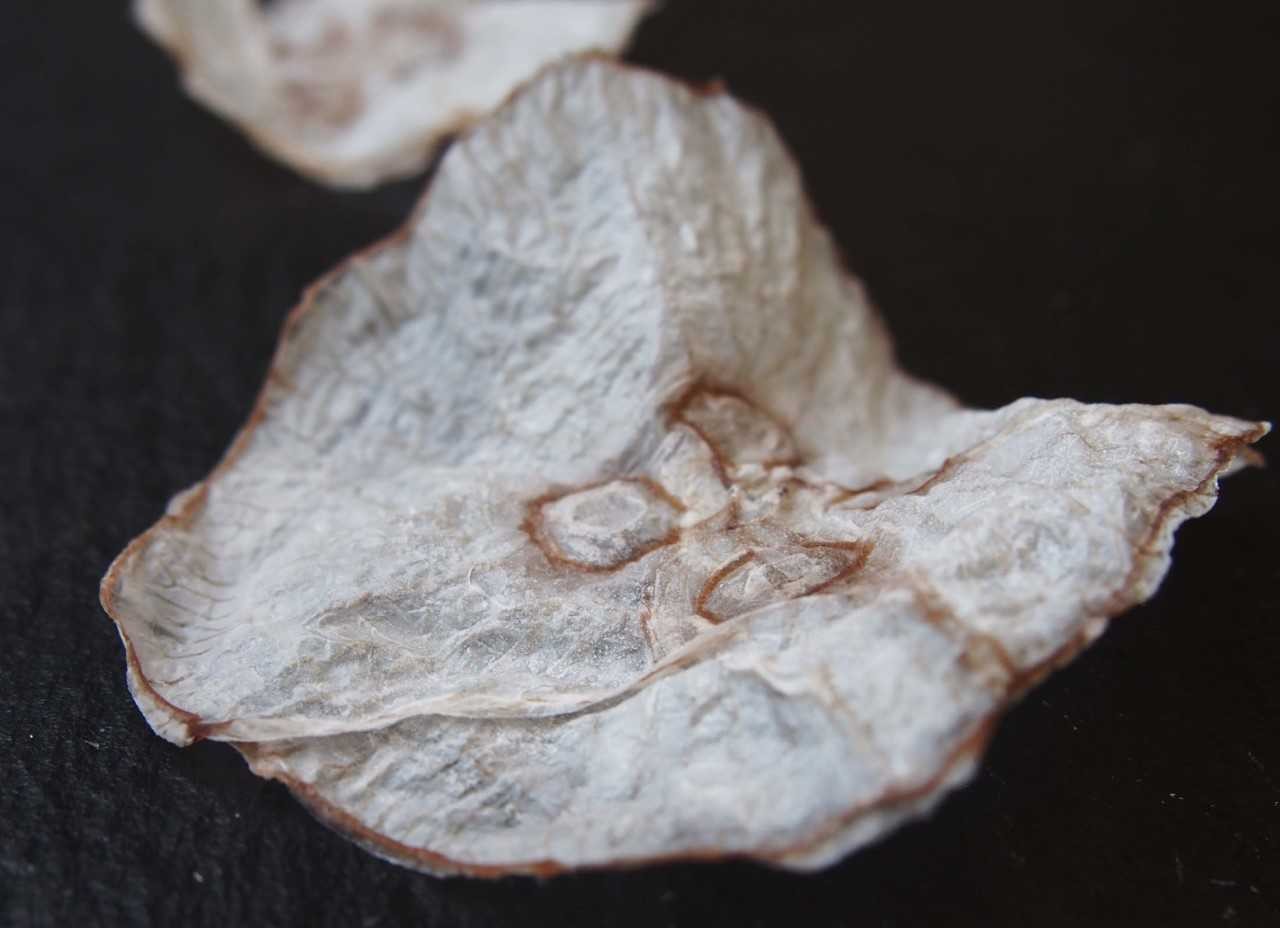 Could jellyfish chips be a crunchy new snack?

Jellyfish are considered a delicacy in Asian cuisine and have been a staple for centuries.

Unlike other marine species, jellyfish have been thriving despite the effects of climate change, and because of their rich nutrients, are being considered as a possible viable food source for the global population.

Though they are certainly less common and even considered an oddity in western cuisine, many people might be surprised to find that jellyfish have a crunchy, crispy texture despite their notoriously slimy exterior.

This is because the bell of the fish is cured in a solution of sodium chloride and alum for a month, which turns the soft, gelatinous body into something more akin to a pickled cucumber.

Danish researcher Mathias Clausen from the University of Southern Denmark was curious about the molecular processes that created the crunchy texture when the original texture is so different.

“Tasting jellyfish myself, I wanted to understand the transformation from a soft gel to this crunchy thing you eat,” Clausen said.

In a new study, he and his colleagues created a jellyfish “chip” of their own in order to gain a better understanding of how food preparation altered the jellyfish starting at a molecular level.

Their work could spur a whole new field of science and gastronomy that revolves around the biophysics and chemistry behind food preparation.

The research team first devised a method using ethanol that created a similar crunchy texture of jellyfish soaked in the briny mixture of sodium chloride and alum, but it only took a few days.

“Using ethanol, we have created jellyfish chips that have a crispy texture and could be of potential gastronomic interest,” Clausen said.

The researchers examined how the long fibrous filaments in the bell were altered during the ethanol process in an attempt to discover how the new textures were created.

“Little is known about the molecular anatomy of the jellyfish,” Clausen said. “We are still not completely sure which structures we are visualizing.”

Clausen and his colleagues are excited about the promising implication their study could have on gastronomy and the biophysics of food. The research team also hopes to continue their jellyfish studies to see if there are different ways the bell can be consumed and how it would taste and feel.

“As this is pioneering work, I think using tools available to us to tackle the science of good eating can open peoples’ eyes for a completely new scientific field,” Clausen said