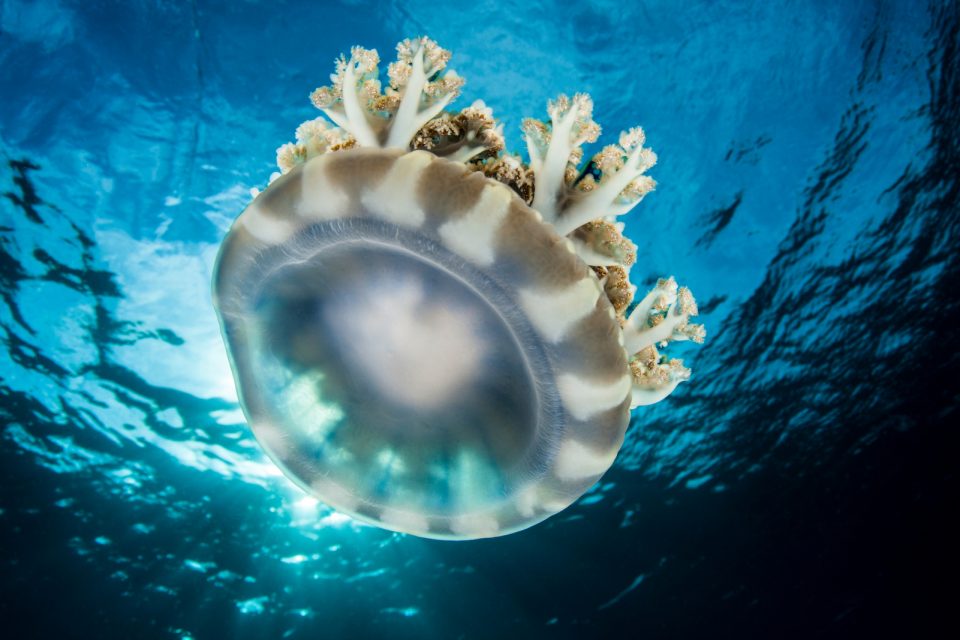 Jellyfish kill more people than sharks due to their evolved toxin genes. A research team led by Joseph Ryan at the University of Florida has analyzed the genomes of three very different types of jellyfish with toxicity levels ranging from harmless to deadly. The study pinpointed a variety of venom-related genes, and will provide a basis for discovering how these toxic genes evolved among jellyfish.

The research was focused on the genome sequencing of the deadly winged box jellyfish, the upside-down jellyfish, and the stalked jellyfish. As a result of this research, there are now genome sequences for all five lineages of the Medusozoa.Jellyfish kill more people than sharks due to their evolved toxin genes

“With these new genomes, for the first time, we were able to compare gene content of all 5 classes of cnidarians (Anthozoa, Hydrozoa, Cubozoa, Staurozoa, Scyphozoa). This broad survey provides an important overview of genomic evolution in cnidarians,” said Ryan.

Jellyfish kill more people than sharks, sea snakes, and stingrays combined. Approximately 100 people are killed each year by lethal box jellyfish stings, but the exact number is unknown and may be even higher.

“Box jellyfish are among the most venomous animals on the planet and therefore their genomes are important resources for developing antivenoms as well as potential drugs,” said Ryan. “Our survey included a focused assessment of venom-related genes, providing insight into the evolution of cnidarian venom.”

Across all three species of jellyfish, the researchers identified 117 putative venom proteins, 9 of which were found to be unique to cnidarians.

The winged box jellyfish genome was the only one that contained a toxin gene called CqTx. The CqTx protein creates pores in the membranes of cells which results in the destruction of red blood cells, known as hemolysis.

Some box jellyfish stings can stop the human heart within 5 minutes, so the identification of the CqTx toxin gene may shed new light on what makes these stings so deadly.

The study also revealed that the loss and duplication of another toxin gene, CrTx, played a large role in the evolution of jellyfish. The upside-down jellyfish was found to contain one CrTx gene, the winged box jellyfish had five copies of the gene, and the stalked jellyfish had none.

“Gene loss is an important driver of evolutionary change,” explained Ryan. “Having draft genomes allows for accurate inferences of gene loss and for understanding the phenotypic contribution of gene loss in these animals. Furthermore, these genomes provide information about the order of genes in the genome, which in some cases allow for independent verification of the identification of hard-to-classify genes.”

The study is published in the journal GigaScience.