Jurassic Park was wrong about how fast pterosaurs could fly • Earth.com 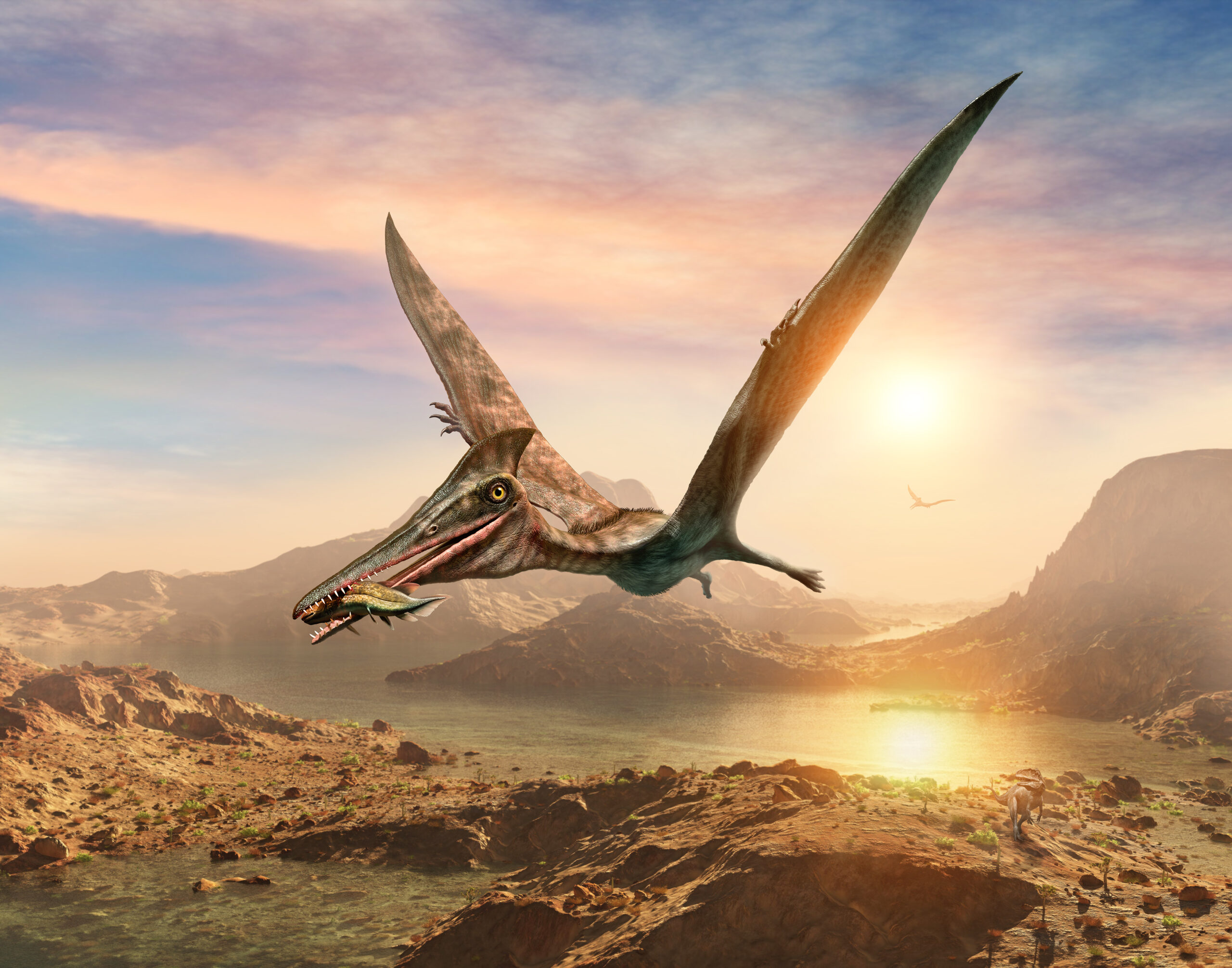 With gigantic wings that reach 10 meters in length, the Quetzalcoatlus was the largest flying species to have ever lived. One of the most exciting moments of the new Jurassic Park sequel, Jurassic World Dominion, is when one of these giant pterosaurs swoops down and attacks the heroes’ aircraft.

However, researchers from Nagoya University suggest that the movie gets it wrong. By undertaking aerodynamic analysis, the experts have demonstrated that Quetzalcoatlus would not have been able to fly more than a short distance.

The research team compared the ability of extinct giant flying creatures and modern birds to soar using wind and air currents in an energy-efficient way..

The performance of thermal and dynamic soaring was calculated for four extinct species and compared to the performance of present-day birds. The research team found that the famous Pteranodon of Jurassic Park III fame likely excelled at soaring using updrafts over the sea, similar to modern frigatebirds.

However, the study found that Quetzalcoatlus was not suited for soaring flight even when atmospheric density parameters were changed. This was largely due to the proportions of its large wings and large body size resulting in poor performance.

“This suggests that the wind conditions under which Quetzalcoatlus could conduct sustainable thermal soaring were limited,” explained the study authors  Although it had previously been thought that Quetzalcoatlus was a proficient thermal soarer able to cover 10,000 miles without touching the ground, our studies show that its thermal soaring abilities were below that of modern birds.”

“We suppose that  the flight styles of Quetzalcoatlus and other similar sized pterosaurs were similar to those of the kori bustard that is a short-range flyer and spend most of their time on land.”

The experts also looked at two extinct giant birds, Argentavis magnificens, the heaviest flying bird that ever existed, and Pelagornis sandersi, which had the largest known wingspan. Here, a surprising discovery was found. Like previous studies which showed that Argentavis was suited to thermal soaring, the results of the current study found that Pelagornis was suited to thermal soaring, (despite previous studies that thought the bird used dynamic soaring).

While these findings were released too late to improve Jurassic World Dominion, the results will likely change the way extinct giant birds and pterosaurs are portrayed in future sequels.

The study is published in the journal PNAS Nexus.