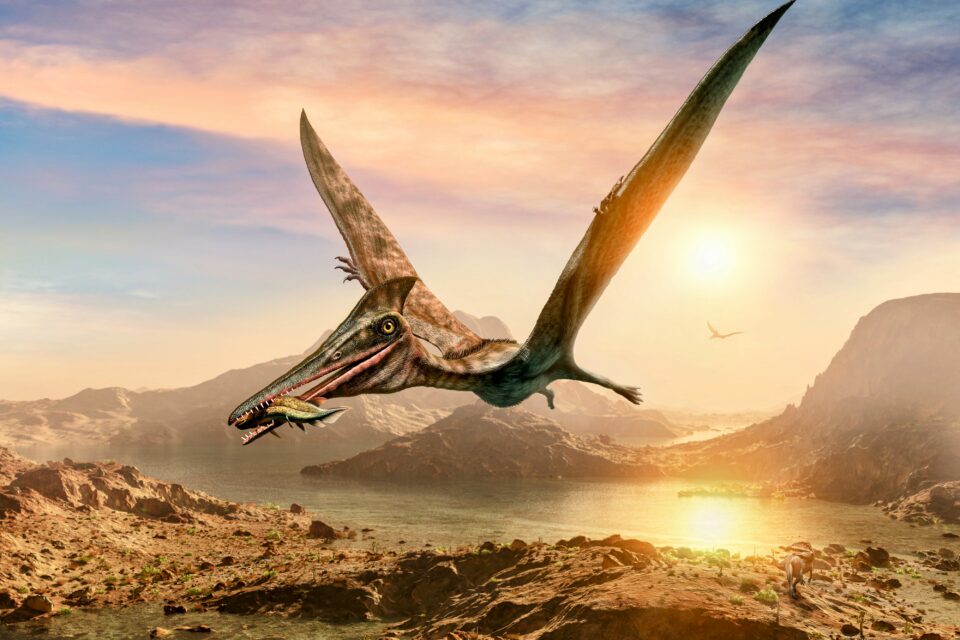 Pterosaurs were flying archosaurs that used bat-like leathery wings to take to the skies. Since no feathers were necessary for pterosaurs to fly, scientists have long debated whether they had them at all. Some dinosaurs have been found with feathers,  so it has always been a possibility – but pterosaurs aren’t dinosaurs.

Now, a new discovery not only confirms that pterosaurs had feathers, but also suggests that these feathers were colorful. The study was a collaboration between paleontologists in Ireland, Belgium and Brazil.

The researchers analyzed the findings of the 115 million year old head crest of a Tupandactylus imperator. This animal lived in Brazil from 230 to 66 million years ago and is known for its strange head crest. Along the bottom of this particular head crest, the paleontologists discovered fuzzy feathers. There were also shorter wiry feathers and branched feathers.

“We didn’t expect to see this at all,” said Dr. Aude Cincotta of University College Cork. “For decades palaeontologists have argued about whether pterosaurs had feathers. The feathers in our specimen close off that debate for good as they are very clearly branched all the way along their length, just like birds today.”

“In birds today, feather colour is strongly linked to melanosome shape.” said Professor Maria McNamara. “Since the pterosaur feather types had different melanosome shapes, these animals must have had the genetic machinery to control the colours of their feathers. This feature is essential for colour patterning and shows that coloration was a critical feature of even the very earliest feathers.”