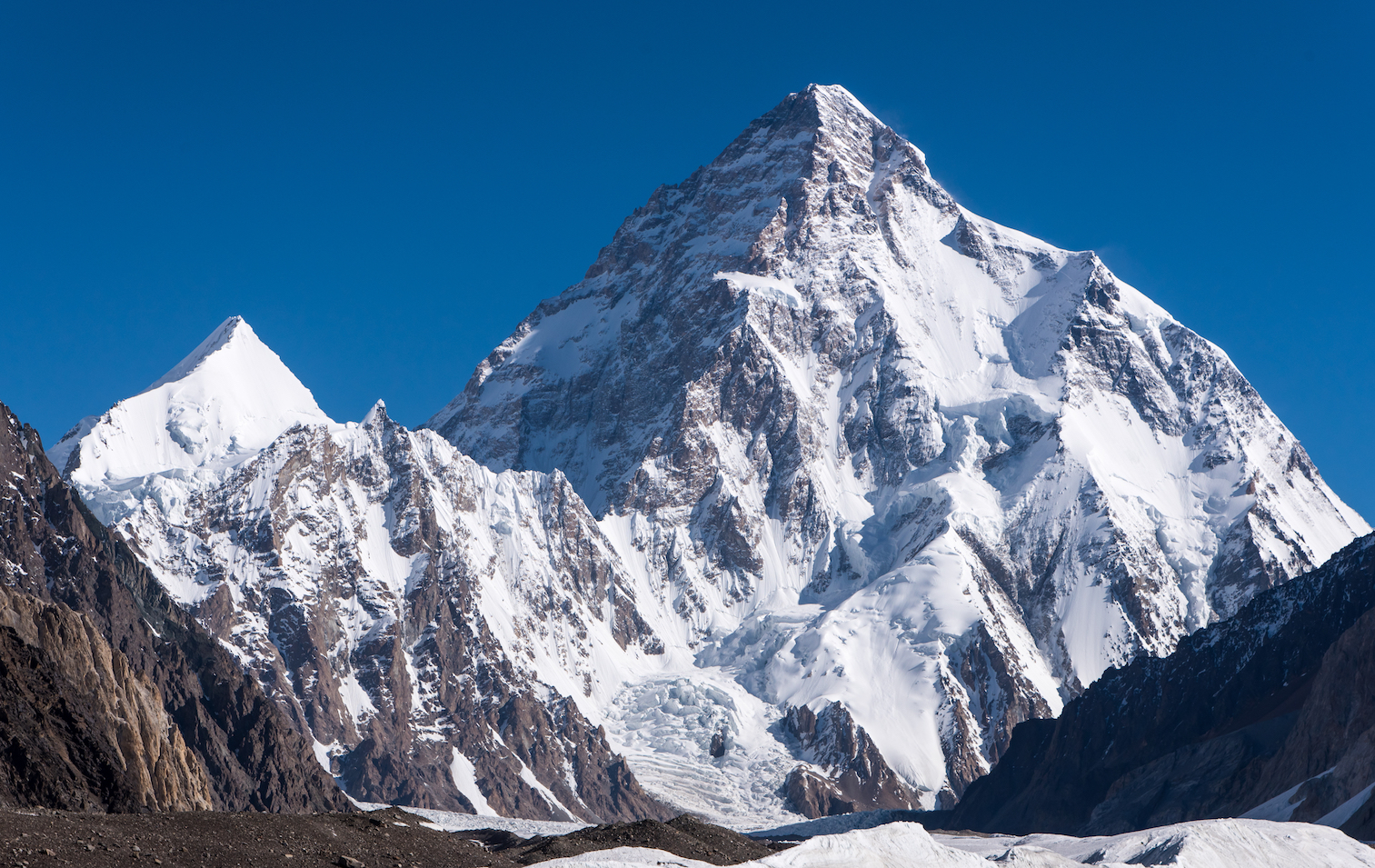 But on July 22, 2018, K2 was descended for the first time on skis by Polish climber Andrzej Bargiel.  The descent took only something over seven hours for Bargiel to ski down. It’s hard for me to imagine the amount of effort and luck that this feat took to pull off.

For little accomplished climbers such as I, who’ve never attempted an 8,000 meter mountain or armchair adventurers, K2 is a foreign world.  K2 was first successfully summited a little over a year after the world’s highest mountain, Mt. Everest on July 31, 1954.

Besides being a hard mountain in its own right, K2 is located in an area with more political turmoil than it’s more famous sister Everest.  K2 is located on the border of Pakistan and China, only 117 miles from Nanga Parbat.

In 2013, the Pakistani Taliban attacked base camp on Nanga Parbat, Pakistan’s second highest mountain. According to the Washington Post, nine foreign climbers were killed.  It was an unlikely attack on a handful of foreign climbers in a remote area but it highlights dangers of travelling and climbing in Pakistan, where K2 is also located.

According to Redbull, only about 417 people have climbed to the top of K2, in striking contrast to Mt. Everest where more than 4,000 people have summited, according to Quora.  Around 500 people, more than everyone who’s summited K2, summit Everest every year.  There were 648 people who climbed to the summit of Everest in 2017 alone. Yuichiro Miura skied down Mt. Everest in 1970 on an expedition that cost the lives of six Sherpas; 18 years before anyone attempted to ski down K2.

To put the victory of Andrzej Bargiel the Polish climber who just skied down K2 into context, it helps to understand how many attempts have been made to ski down the mountain.

The first known attempt at skiing down any major portion of K2 was pulled off in 1998 by Italian Edmund Joyeusaz who started skiing down about 7,000 meters from the top of K2.  Snow Brains reported that this year, Joyeusaz skied down the Matterhorn, one of Europe’s hardest mountains at the age of 60.

The next man to do any notable skiing on K2 was Hans Kammerlander, who in 2001 skied about 400 meters off the summit before quitting upon witnessing another climber fall to his death.  K2 News reports that the 2001 K2 climb was to be Kammerlander’s last climb of the high Himalaya (8,000 meters or more) noting past tragedies on some of these mountains.  Kammerlander gave up the dream of ever attempting to ski K2 again saying, “ I’m 44, too old to try again, and I leave this dream to young people.” That dream was passed onto 30 year old Bargiel this year.

In 2009, Michele Fait crashed while skiing down from an acclimatization camp on K2 and died.  Fiat was attempting to climb and ski down K2 with his climbing partner, Fredrick Ericsson according to TetonAT.com.  Fait’s body was recovered from a crevasse the day after his death and buried in a makeshift grave on the mountain.  It was Michele’s second attempt to climb K2.

Tragically Fredrick Ericsson followed Michele Fait, to die on a second attempt to ski down K2 the next year in 2010.  Ericsson’s climbing partner, Gerlinde Kaltenbrunner could only watch as he fell to his death on K2’s Bottleneck.

Andrzej Bargiel has taken up the mantle of the mountaineers that haven attempted skiing K2 before him.  He has been systematically attempting to climb and ski down the world’s highest mountains, those of 8,000 feet or more.  Bargiel formed a mountaineering group called, “Hic Sunt Leones” which means, “Here come the Lions”.

Bargiel had previously attempted to climb and ski down K2 but had to abort because the weather was too warm.  Warm weather is not a minor consideration when one depends on snow and ice to be solid for climbing and skiing.

Following decades of death, struggle and accomplishment, Bargiel’s ski descent of K2 is certainly an accomplishment but it may well be an anomaly as well.  Despite the numbers of people who’ve climbed mountains like Everest, people still die. In 2002, Frenchman, Marco Siffredi disappeared while attempting the first snowboard descent on Mt. Everest.  Eerily, Siffredi’s body was never discovered but that’s not uncommon on mountains as large and complex as Everest.

K2 is even more dangerous and unknown than Everest.  This year, another climber, Serge Dessureault of Canada fell to his death on K2.  It’s hard to find recent stats of deaths on K2 but ExplorersWeb reports that before 2014, 10% of climbers died on K2.  The percentage of deaths is dropping and in 2014, 80% of attempts on K2 succeeded but that shouldn’t fool anyone.  K2 is still considered the world’s second deadliest mountain after Annapurna in Nepal.

Tragedy and death on the world’s highest mountains make the successes of those like Andrzej Bargiel’s ski descent stand out in greater relief.  To climb a mountain takes skill, to survive it also takes a certain measure of luck. As Hans Kammerlander said after his 2001 attempt to ski K2, “Somebody will do it, but he’ll need a lot of ability and a whole of luck”

With luck and skill, skiing down K2 also took an enormous amount of guts.  You can watch parts of the historic descent online.