Kangaroos do better when they live at home for longer • Earth.com 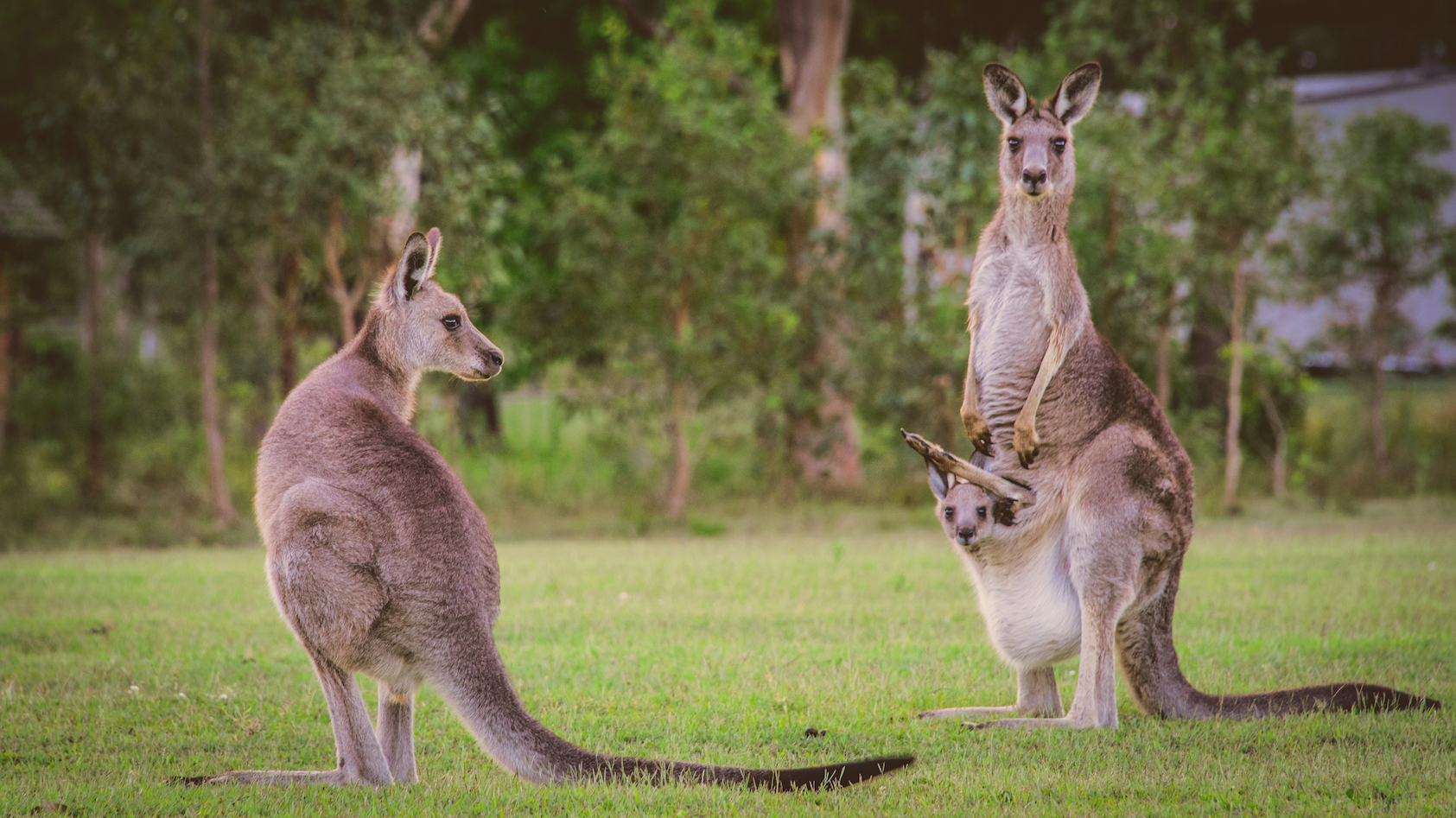 Kangaroos do better when they live at home for longer

If you’re an eastern grey kangaroo, you shouldn’t be in such a rush to leave home. Sticking around mom for longer will make you stronger and heavier (a good thing) and improve your long-term survival odds when on your own in the wild. Those are among the key findings of a research group studying a population of kangaroos in a park in Australia and reported in the pages of Behavioral Ecology and Sociobiology.

The study of 129 offspring and their moms took place over a six-year period at Wilson Promontory National Park, where the kangaroos are tagged and measured and weighed annually. Over that time, the researchers found that those young out-of-pouch kangaroos between the ages of ten and 13 months who stayed in close proximity to their mothers while still suckling were the likeliest to survive their period of weaning. (Hey, it’s a harsh world for ‘roos.) And those juveniles between 18 and 21 months who spent more time with mom had limbs that were six percent longer and they weighed 19 percent more after the age of two than those who strayed earlier.

Another revelation was that juveniles whose mother had another baby in the pouch – an event that can happen annually – tended to spend less time around the parent.

The study shows how the familial social dynamics of the kangaroos could affect populations. “These aspects are relevant to conservation when mothers may be harvested or killed by vehicles, as is the case for many large herbivores,” said lead author Dr. Wendy King of the University of Queensland School of Biological Sciences.

Any human mom who’s raised kids will perhaps not be too surprised by this further observation of the research team: eastern grey kangaroo daughters tend to stick around mom longer than the sons, even after they’d been weaned.