A concerning number of kids get scald burns from microwavable soups • Earth.com 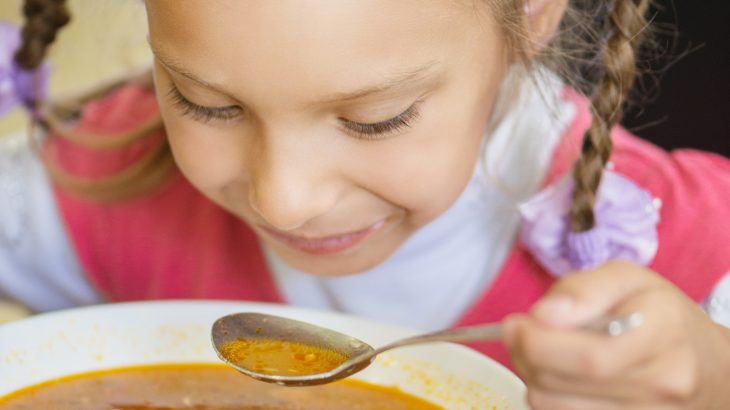 A concerning number of kids get scald burns from microwavable soups

Instant soups and noodle cups may seem like a convenient, easy and quick meal option. However, a new study shows that children are highly susceptible to painful scald burns while preparing or eating instant microwaveable soup products.

Researchers from Emory University conducted a study examining severe scald burns in children and found that instant soups and noodle products cause at least 2 out of every 10 scald burns that require emergency treatment.

The researchers will present their work at the American Academy of Pediatrics 2019 national Conference and Exhibition.

“Scald burns are a major cause of preventable injury among children, and our research found that instant soup spills are responsible for a large number of these painful burns,” said Courtney Allen, the lead author of the study.

Previous studies have found that 100,000 children sustain scald burns from spilled food and beverages in the US every year, and the researchers wanted to find out exactly how many of those scald burns were the result of microwavable soups.

The researchers filtered out scalding burns caused by spills from instant soup which was defined as any instant soup product such as instant noodles, a cup of soup, or water for making soups.

The researches also grouped together burn locations based on regions like the face, trunk, or lower extremity.

The torso was the most common area of the body for burns, and the average age for soup spill injuries was seven during the years included in the study.

These results call for better packaging from instant soup manufacturers to help decrease the risk of spills and products tipping over.

“Instant soups and noodles in prepackaged cups and bowls may seem simple to prepare just by adding water and microwaving them,” said Allen. “But once they’re heated up they become a dangerous burn risk. Caregivers need to closely supervise younger children who might otherwise get hurt if cooking for themselves.”