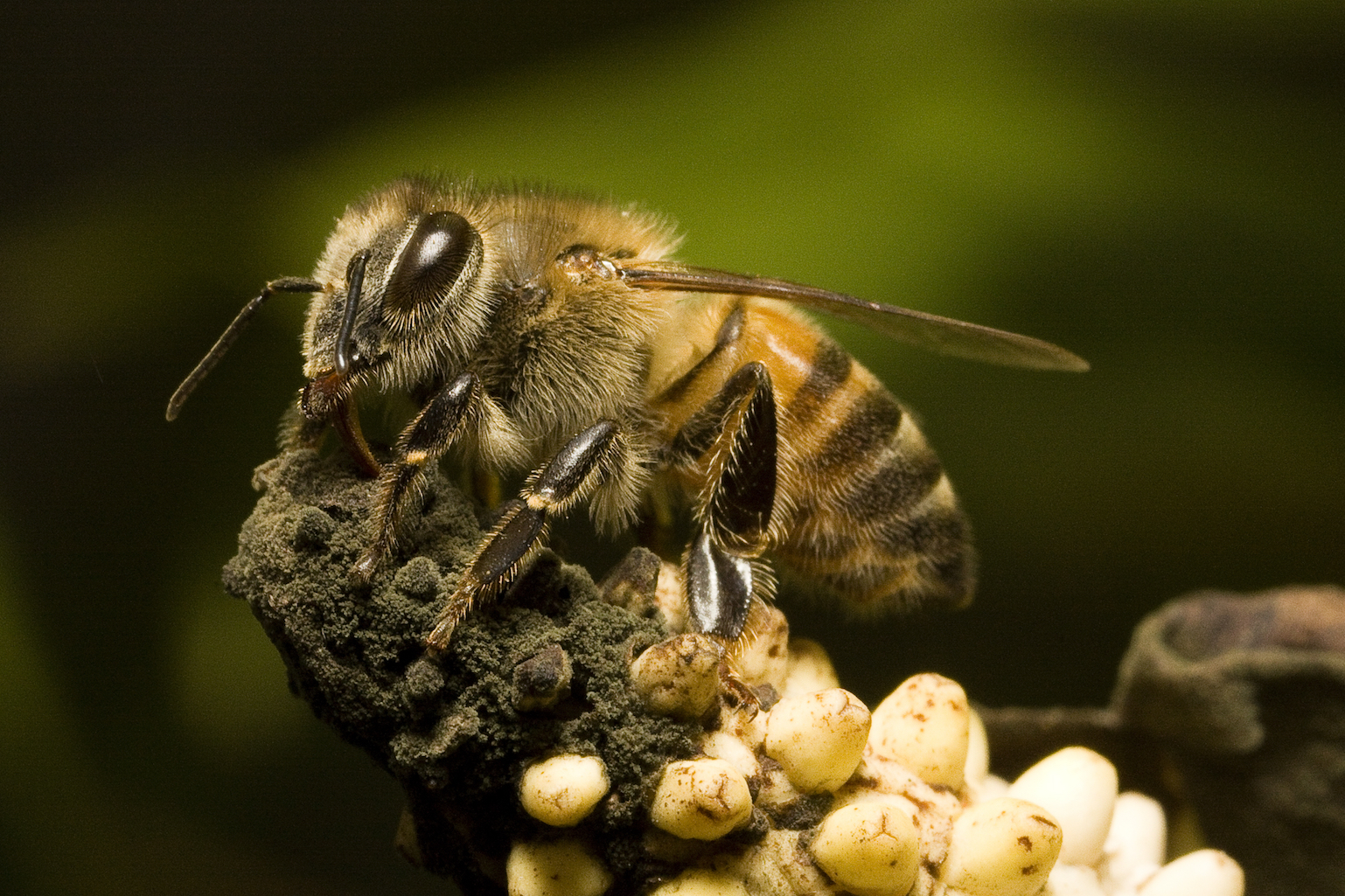 Killer bees in Puerto Rico evolved to be less aggressive

A new genomic study of Africanized honey bees in Puerto Rico reveals that while they mostly resemble their African ancestors, a few regions of their DNA are more like European honey bees. This may explain why these killer bees have become more gentle over the last 30 years.

Africanized bees are a hybrid of gentle European bees and aggressive, disease-resistant African bees. Also known as killer bees, the new breed was first introduced in Brazil in an effort to boost honey production. After 26 swarms escaped from isolation in 1957, the species then spread throughout South America and eventually arrived in North America.

Africanized honey bees were accidentally carried into Puerto Rico in the 1990s, and within three decades evolved into the gentle bees that are prevalent on the island today. Study co-author Tugrul Giray is a Biology professor at the University of Puerto Rico. Giray first reported on the gentle Puerto Rican bees in 2012.

The research team sequenced the genomes of 30 bees from Puerto Rico, 30 Africanized bees from Mexico, and 30 European honey bees from central Illinois to investigate how the Puerto Rican bees became gentle.

“The benefit of having these three populations is that you can compare and contrast between the three,” said study co-author Arian Avalos of the University of Illinois. “We asked, ‘How is the genome of the gentle Africanized bee different than other Africanized populations? What parts of the genome are similar to European bees?'”

The study revealed that the genomes of Puerto Rican bees were mostly like those of Africanized bees. However, some regions of the DNA had shifted to become more like gentle European bees. These regions appeared to be under “positive selection,” which means that something in the bees’ environment was favoring these genetic expression patterns over others.

The scientists believe that the bees have evolved to be less aggressive as a result of living on a densely populated island that is difficult to for them escape.

“Evolution involves changes in the frequency of gene variants across a population, and that’s what we’re seeing in Puerto Rico,” said co-author Gene Robinson. “Now we know that these gentle Africanized bees can be genetically distinguished both from other Africanized honey bees and from European honey bees.”