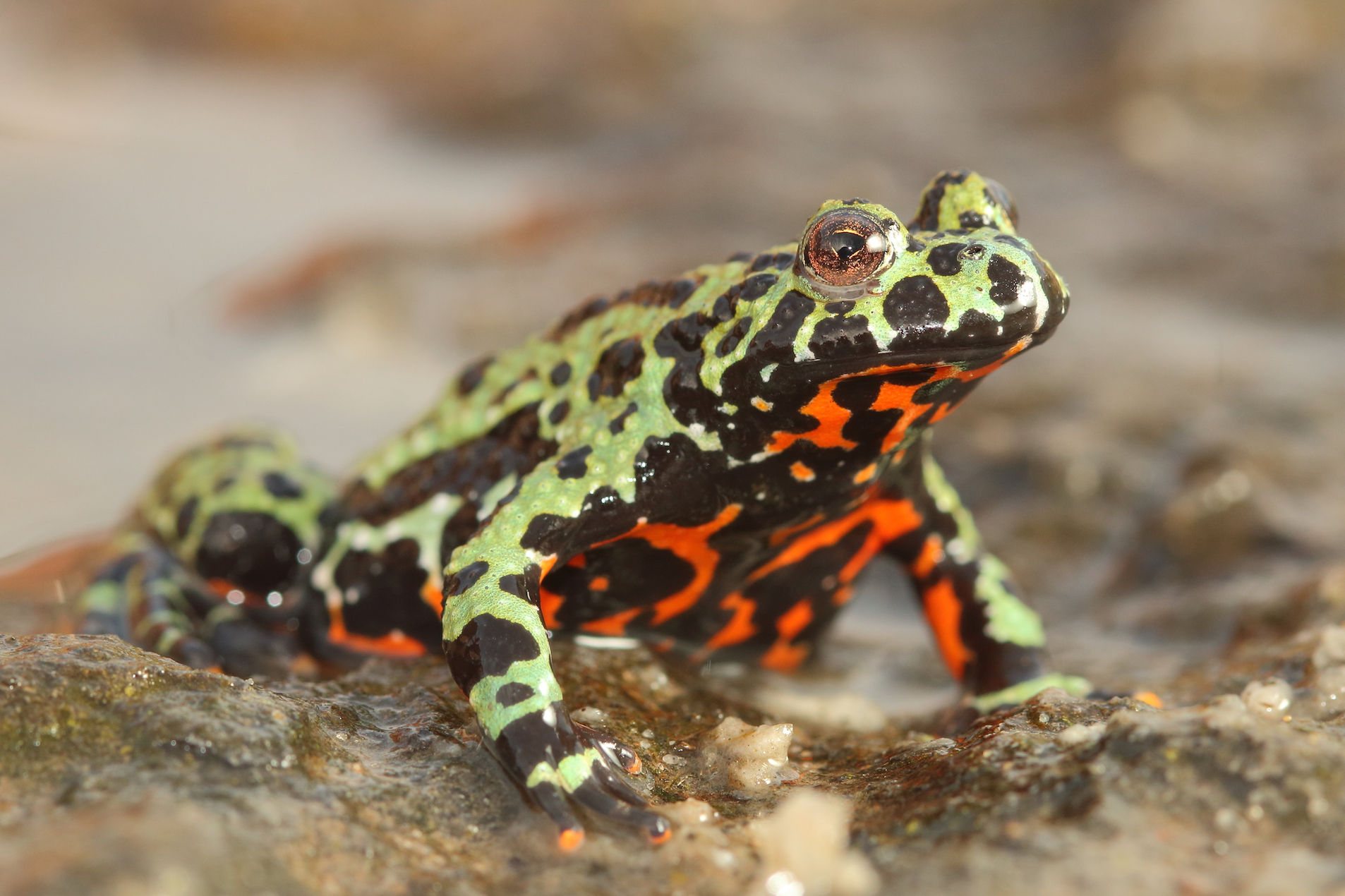 A deadly fungus – known as chytrid fungus (Batrachochytrium dendrobatidis) – has been devastating amphibian populations around the world for years. It’s been a direct cause of the decline and extinction of species of frogs, toads, newts, and other amphibians on several continents. While this fungus – also known as Bd – is distributed around the world, it was unknown where the deadly strains of the pathogen first originated… until now.

New research published in the journal Science reports that the fungus may have first emerged in East Asia. This fungus passes from animal to animal, spreading rapidly and causing chytridiomycosis, which attacks the animal’s skin and affects their ability to regulate water and electrolyte levels, leading to heart failure.

Researchers at Imperial College London and their partners at the Zoological Society of London – along with almost 40 other institutions around the world – gathered samples of the pathogen from around the world. They sequenced the samples’ genomes, and combined the data with genomes from past Bd studies, resulting in a total collection of 234 samples.

The researchers looked at differences in the genomes of these samples, and identified four main genetic lineages of the fungus. Three of these lineages are distributed globally, while the fourth lineage was only found in Korea, on frogs native to the region. The fungi of Korean lineage were determined to contain much more genetic diversity than any other lineages. Further analysis of this lineage showed no history of global outbreaks within their genomes, which suggests that Korean Bd strains were native to the region, and most closely resemble the ancestry of all modern Bd.

Through analysis of the genetic data, the researchers estimated that the killer strain of Bd currently threatening amphibian species diverged from its most recent common ancestor. Rather than dating back thousands of years, the range of the disease expanded greatly between 50 and 120 years ago, which coincides with the rapid global expansion of intercontinental trade.

The study’s authors believe that humans have contributed heavily to the spread of this fungus, largely through the international pet trade of these amphibians. They provide strong evidence that a ban on trade in amphibians from Asia would be a positive move for mitigating the further spread of the fungus.

“Our research not only points to East Asia as ground zero for this deadly fungal pathogen, but suggests we have only uncovered the tip of the iceberg of chytrid diversity in Asia,” says Matthew Fisher, from the School of Public Health at Imperial College. “Therefore, until the ongoing trade in infected amphibians is halted, we will continue to put our irreplaceable global amphibian biodiversity recklessly at risk.”