Koalas have a secret defense against viral attacks • Earth.com 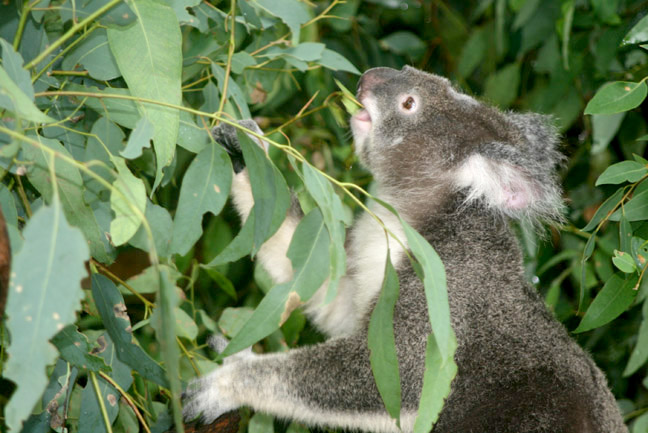 Koalas have a secret defense against viral attacks

Endogenous retroviruses are the remains of retroviral infections that have marked themselves into human DNA at some point in time. While these retroviruses are commonly found in the human genome, scientists do not know how they made the transition from causing disease to becoming generally inactive.

A research team led by the University of Illinois has focused a study on koalas to investigate. Co-author Alfred Roca is an associate professor in the Department of Animal Sciences.

“In humans, the youngest known endogenous retrovirus groups are around 5 million years old,” said Professor Roca. “That makes it very hard to tell what happened. But the koala is one of the few species known to have an ongoing invasion of the germline by a retrovirus.”

After attacking a host from outside of the body and gaining entry, retroviruses merge with cells to release their contents. Next, the viruses insert pieces of their DNA into the genetic code and replicate themselves.

If retroviral genes make their way into sperm or egg cells, they can be passed along to the host’s offspring. This process makes the retrovirus a permanent part of the reproductive genome, or the germline.

Over time, the DNA sequences stop coding for disease-causing retroviruses and instead become inert “junk DNA.”

“We think the pressure for external viruses is to make lots of copies of themselves and infect more individuals,” said Professor Roca. “But once the virus becomes part of the host germline, the pressure is going to be for it to leave the host alone because the host is needed to reproduce the sequence. It has to play nice or otherwise it disappears. The question is how does this process take place?”

The koala retrovirus is less than 50,000 years old, which is still relatively young. The virus has not yet settled into a fixed location, enabling experts to track its activity across the koala genome in real time.

The study revealed that an ancient retroviral element is inserting itself into the new retrovirus and deactivating it. Instead of coding for proteins that cause infectious attacks, the resulting sequence does not code for anything.

Alex Greenwood of the Leibniz Institute is the study’s lead author.

“The study emphasizes how little we know about the diversity and reservoirs of retroviruses among wildlife,” said Greenwood. “The koala, a species not usually associated with biomedical breakthroughs, is providing key insights into a process that has shaped 8 percent of the human genome, and likely shows us what happened millions of years ago when retroviruses invaded the human germline.”