LaCoste swaps out the iconic crocodile logo for other endangered animals • Earth.com

LaCoste swaps out the iconic crocodile logo for other endangered animals

The small logo on LaCoste polo shirts has often raised some questions. Is that an alligator? A crocodile? What’s the difference between the two anyway and can you even tell on such a small logo?

The small crocodile logo on LaCoste shirts has long been a subtle symbol of quality, even luxury. In Peter Brinkley’s famous novel, Jaws, the polo shirt logo plays a small but important role as a symbol of wealth and elitism that the hero sheriff of the story can’t quite measure up to. Seeing the crocodile logo, few if any actually consider the animal itself. That may soon change as LaCoste recently replaced their iconic crocodile logo with other endangered animal species to draw attention to their plight.

Limited edition polo shirts feature ten different threatened animals, according to LaCoste. 3,502 polos were created worldwide, sold in stores in the US, Europe and Asia as well as online. Unfortunately for anyone interested in buying one of these rare shirts, they’re already all gone. The sales of the polo shirts was part of an effort to make sure the flesh and blood animals aren’t also soon all gone.

The profits from the limited edition polo shirts went to the International Union for Conservation of Nature (IUCN), specifically towards their Save our Species (SOS) program. IUCN is an extremely large and old organization, which celebrated its 70th anniversary in 2018. IUCN is unique in that it is a combination of government agencies as well as civil societies with 1,300 member organizations. Member organizations are represented at a council that votes on resolutions for the whole organization. The council is headquartered in Switzerland. Although the IUCN claims several successful conservation stories, the animals celebrated on the LaCoste polo shirts are far from successful at this point.

The animals on the limited polo shirts range across the gambit of taxonomy though seem to focus on mammals. There’s the North Atlantic Right Whale, the Iberian Lynx, the Yemeni mouse-tailed bat, the Northern Hairy-nosed Wombat and as I already noted the Addax. There’s also the Moheli Scops Owl, the Mountain Chicken (confusingly actually a frog), the Opal Goodeid a two inch long fish native to Mexico and of course the Cebu Damselfly. By necessity, this small selection of animal logo ambassadors will stand for many other animals and even plants that are increasingly threatened with extinction by human activity. 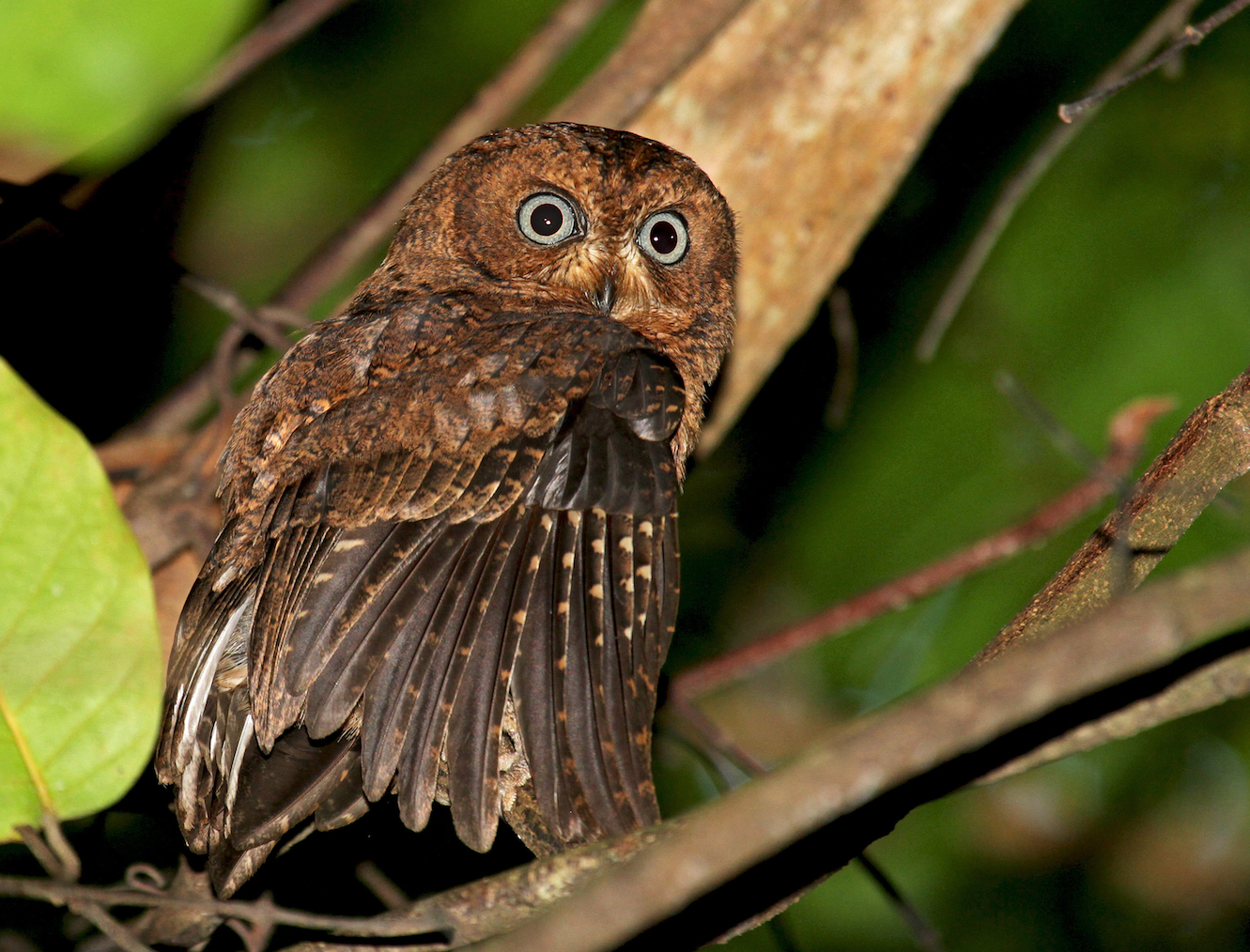 The Moheli Scops Owl, for instance, is one of six critically endangered owl species worldwide, according to Mongabay. In fact, 17% of all owl species are estimated to be threatened with extinction and 11% are thought to be near threatened. Four owls have gone extinct in the recent past. The Moheli Scops Owl seems to be unlucky enough to have always been rare, the tiny owl is endemic to Moheli Island, part of the Comoros at first thought to only live on a single mountain top. The owl was first described by science only in 1998, according to the Peregrine Fund. The Cebu Damselfly as the only insect on the polo shirts is a stand in for an even larger and more important group.

Insects are low food webs and so many things eat them, which makes them especially crucial for the healthy function of ecosystems. A study published in April’s Biological Conservation estimates that over 40% of insect species are threatened with extinction. The paper predicted that as those 40% of insect species could be extinct within a handful of decades. If this prediction comes to pass, it will certainly trigger a cascade effect, killing of many other more ‘charismatic’ species as well. The Mountain Chicken clearly depends on insects for survival.

As the only amphibian on the LaCoste polo shirt, the Mountain Chicken, is a single representative for an entire clade, similar to the Cebu Damselfly. Sadly, the frog was named after the food it is reported to taste like – chicken, according to National Geographic. The frog lives now on only two islands in the Caribbean where it’s considered a delicacy.

Besides being eaten, Chytrid fungus, a fungal disease that attacks amphibians has led to the decline of the Mountain Chicken, reducing population by 80%. Although, recent reintroduction programs hope to reverse the situation. The Mountain Chicken is not alone; there are more frogs than any other species of amphibians. Of the approximately 6,750 species of frogs and toads, EDGE estimates that approximately 879 are threatened with extinction. Others on the roster of polo shirt animals are unique in their own way.

Hawaiian Monk Seals are the only seal found in the Hawaiian Islands, according to NOAA. The Opal Goodeid is the only fish in the group, representing the earth’s first vertebrate animals and sadly the fish’s IUCN conservation status hasn’t been updated since 1996. The lack of new data highlights how often organisms like fish get less research and conservation money than beloved mammals and birds. As a bat, the Yemeni mouse-tailed bat is of course, part of a historically misunderstood if not understudied group of animals.

The Iberian Lynx is one of the more charismatic of the group, as cats are a standard icon of endangered or imperiled animals (think of how images of tigers and snow leopards are used). The lynx population is also disturbingly low, with an estimated 156 mature individuals. Fortunately for the beautiful cat, the population although not home free, is rising, which of course is the whole point.