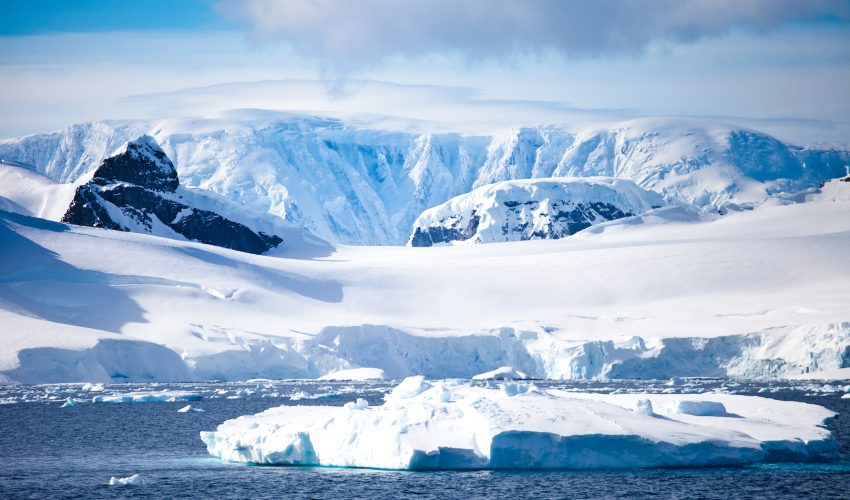 Land height could be a “game changer” in explaining why temperatures are rising much faster in the Arctic compared to the Antarctic, a new study says.

A possible cause for the accelerated Arctic warming is the melting of the region’s sea ice, which reduces the icy, bright area that can reflect sunlight back out into space. This results in more solar radiation being absorbed by the dark Arctic waters, said the study, published in Earth System Dynamics.

But that may not be the only contributing factor, the study said.

Scientists believe this is an important contribution to warming in the region, but land height could be another.

With an average elevation of about 2,500 m, Antarctica is the highest continent on Earth, due to a thick layer of ice covering the bedrock. Antarctica also has high mountains, such as Mount Vinson, which rises almost 4,900 m above sea level.

“I thought that land height could be a game changer that might help explain why the Arctic has thus far warmed faster than Antarctica,” said Marc Salzmann, a researcher at the Institute for Meteorology, University of Leipzig in Germany.

Salzmann used a computer model of the Earth system to find out how the climate would react to a doubling of the atmospheric carbon-dioxide concentration. He also ran the same experiment in a flat-Antarctica world, where he artificially decreased the land height over the entire southern continent to one metre, similar to the surface height in the Arctic.

The experiments showed that if Antarctica’s land height is reduced, temperatures in the region respond more strongly to a rise in the concentration of greenhouse gases over the continent, contributing to an increase in Antarctic warming.

In the real world, Antarctica’s elevation over centuries could be reduced as ice melts from warmer temperatures due to increased greenhouse-gas emissions, the study said. This, in turn, would contribute to even more warming as Antarctica loses the height advantage.