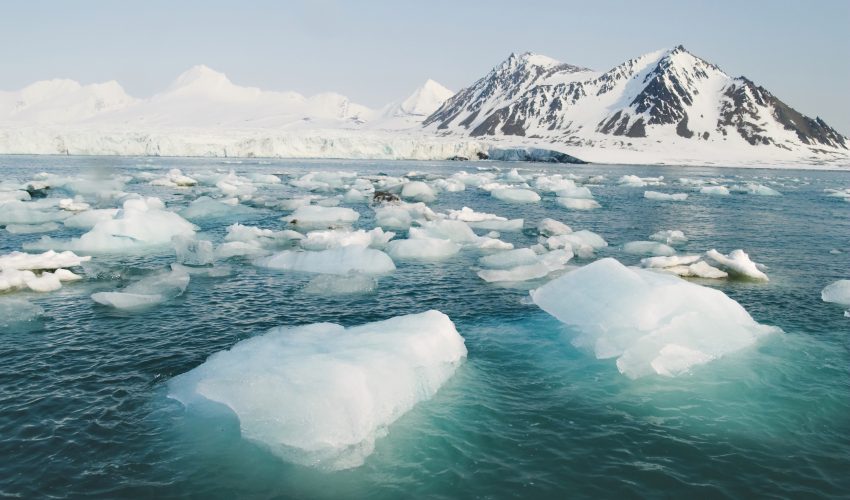 In recent years, scientists have sounded the alarm that the ice in the Arctic is melting at rates faster than previously expected. As the Arctic ice melts, seas will rise, causing a litany of problems throughout the globe, from a shorter hunting season for polar bears to a loss of the salt marshes that protect coastal areas. Now, scientists have come up with a plan that sounds like it’s out of a science-fiction fantasy: use giant pumps to thicken and refreeze Arctic ice.

The idea comes from physicist Steven Desch and a team from Arizona State University. They tailored a plan to pump sea water and spray it over the top of the ice. The ice would naturally freeze during the long Arctic winter night, so no giant freezer would be required (thankfully).

The project is a huge undertaking, as 1.4 meters of seawater would need to be pumped to the surface and applied to the already-existing ice. The pumps would exist on a network of buoys that would include the mega-hose, as well as windmills to power the pumps. Each pump would cover an areas of ice spreading approximately 15 football fields.

In order to be effective, more than a couple of windmills would be needed to get the job done. In fact, the project would require about 10 million windmills to power the ice restoration.

Of course, the price tag would be astronomical, as well. Researchers expect the project to cost $50 billion each year over the ten-year expanse of the restoration. The pumps wouldn’t be a 100% fix; they would only work to reduce current losses or someone slow a future decline in ice levels.

Research on the proposed mega-pump project was published in the journal Earth’s Future.