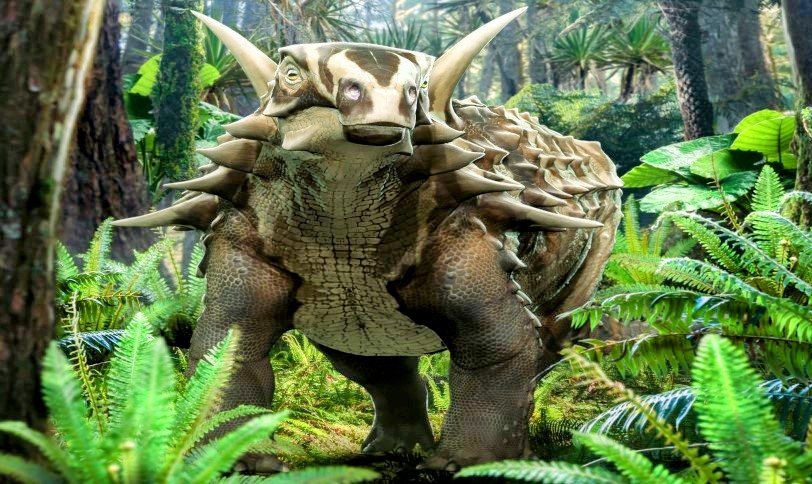 A study published in the journal Nature Scientific Reports reveals fascinating new details about Struthiosaurus austriacus, a relatively small nodosaurid from the Ankylosaur family that lived in the Late Cretaceous. The experts report that the dinosaur had a lonesome lifestyle due to its inferior sense of hearing and sluggish movement.

Ankylosaurs are a group of herbivorous dinosaurs that grew up to eight meters and had bodies cluttered with bony plates and spikes, resembling “living fortresses.” Some of their most representative members, such as ankylosaurids, has a club tail, while nodosaurids were famous for their elongated spikes on their necks and shoulders.

While many dinosaurs were rather gregarious creatures, living in social groups, at least some ankylosaurs seemed to prefer a lonesome life. By studying with a high-resolution computer tomograph the fossil braincase of a specimen discovered near Muthmannsdorf, a town south of Vienna, Austria, a team of paleontologists led by the University of Greifswald and University of Vienna, has found that Struthiosaurus austriacus most probably had significant difficulties in locomotion and audition, which made it less prone to social interaction.

The dinosaur’s flocculus, an evolutionary old part of the brain responsible for the fixation of the eyes during motions of the head, neck, and body was very small. Together with the extremely short lagena (the part of the inner ear where hearing takes place), this feature suggests that the dinosaur probably had an exceptionally sluggish lifestyle compared to other species.

“In contrast to its Northamerican relative Euoplocephalus, which had a tail club and a clear flocculus on the brain cast, Struthiosaurus austriacus may have rather relied on its body armor for protection,” said study lead author Marco Shade, a paleontologist at the University of Griefswald.

“The short anterior and angular lateral semicircular canals, combined with the relatively shortest dinosaurian cochlear duct known so far and the lack of a floccular recess suggest a rather inert lifestyle without the necessity of sophisticated senses for equilibrium and hearing in S. austriacus. These observations agree with an animal that adapted to a comparatively inactive lifestyle with limited social interactions,” concluded the study authors.