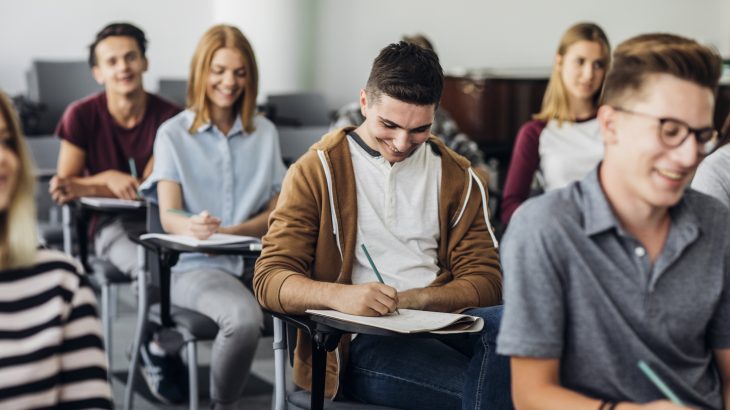 Teenagers need more sleep than adults, as experts recommend adolescents get around 9 hours of sleep each night. But early school start times combined with later bedtimes has led to a chronic sleep deficit in today’s teens.

When it was announced that schools in Seattle would be delaying start times by nearly an hour, researchers from the University of Washington got a unique research opportunity and conducted a sleep study to see how the delayed start time impacted sleep/wake schedules and academic performance.

For two weeks during the spring of 2016 and 2017, sophomores from Roosevelt High School and Franklin High School in Seattle were given an Actiwatch and asked to record their own sleep patterns by filling out a sleep diary.

The students were also asked to fill out a number of sleep questionnaires during the observational periods. The researchers set up the study as a science lab practice and the students could make and test their own predictions about changes in sleep patterns.

Delayed start times correlated with increases in sleep length by 34 minutes, which is a considerable amount of added sleep.

Overall, the students were less sleepy, and the researchers confirmed that delaying school start times was linked to improvements in academic performance and a 4.5 percent increase in grades.

“Obviously, attending school and arriving on time to school is beneficial for learning, and this result suggests that delaying high school start times could decrease the learning gap between low and high socioeconomic groups,” the researchers wrote in their study, which was published in the journal Science Advances.