Latin America contains a third of the world's biodiversity • Earth.com 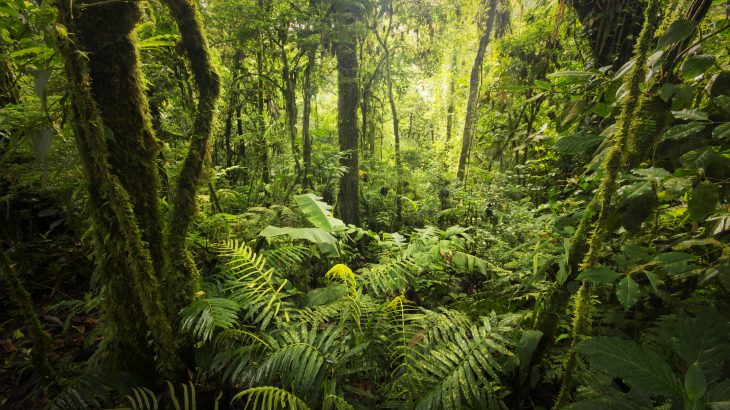 Latin America contains a third of the world’s biodiversity

Latin America is home to at least a third of the world’s biodiversity and is more than twice as rich in plant species as tropical Africa, according to experts at the Missouri Botanical Garden.

With tropical forests being cleared at shocking rates, the researchers emphasize that areas with the greatest amount of biodiversity must be urgently identified to help inform conservation efforts while there is still time.

It was previously known that Latin America has a greater diversity of plant species than tropical Africa, but the current study is the first to quantify the difference.

“Detailed studies over the past several decades have made it possible to compare accurately the numbers of species of indigenous vascular plants in Africa, Latin America, and Southeast Asia, and the results are unexpected,” wrote the researchers.

Study co-author Peter Raven is a renowned botanist and environmentalist, and the President Emeritus of the Missouri Botanical Garden. The experts compared the numbers of vascular plant species in the Afrotropical Region and Latin America using the Vascular Plants of Americas website.

Based on the estimates, the researchers report that although Latin America is smaller in area than the Afrotropical Region, it is home to more than twice as many species of vascular plants. Furthermore, the study shows that new species are being discovered in Latin America much more rapidly and that the region is home to at least a third of the world’s total biodiversity.

“The destruction of ecosystems is taking place so rapidly throughout the tropics that it will be difficult to obtain additional information bearing on the matters reviewed here,” wrote the study authors. “With the global population currently 7.8 billion, projected to increase to nearly 10 billion over the next 30 years, and our current consumption of natural productivity having reached around 175% of what is available sustainably, the future for most natural ecosystems looks dim.”

“In Sub-Saharan Africa, the situation is especially dire; the 1.2 billion people there are estimated to double by mid-century and quadruple by the end of this century. Few predict that there will be many areas of tropical forest left by the end of the century. Therefore, to find answers to the obvious questions of how many species are there, how their ecosystems function, and so forth, we will need to do the best we can as soon as we can.”