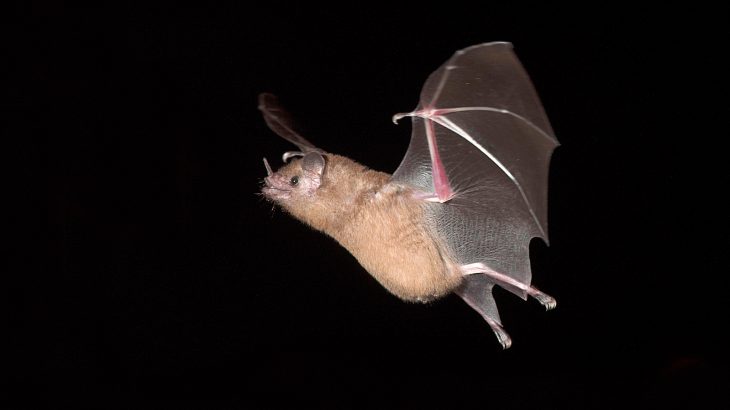 An insect perched perfectly still on a leaf might think it’s safe from its bat predator, but a new study has found that bats can snatch up acoustically camouflaged insects with ease.

Bats navigate with echolocation, sending out high-frequency soundwaves and using the information to fly around obstacles and hunt. This is an especially useful trick since most bats are nocturnal and are active at night.

Because sound waves bounce off leaves, it was long thought that motionless insects resting on leaves were acoustically camouflaged, blending into the soundwaves.

Researchers at the Smithsonian Tropical Research Institute discovered that bats create a mirror image of their surroundings, using the soundwaves that bounce off leaves to their advantage.

“For many years it was thought to be a sensory impossibility for bats to find silent, motionless prey resting on leaves by echolocation alone,” said Inga Geipel, an author of the study.

The researchers emitted sound waves at a leaf that sometimes had an insect on it. The soundwaves were aimed from over 500 different positions, and the researchers created a 3D model of the reflecting echoes from the leaf and calculated how strong each echo was.

When the soundwaves were pointed straight at the leaf, a loud echo reflected back, masking the quieter echo from the still insect. However, when approached from a different angle, the leaves reflect back a sort of mirror image in sound showing where the insect was hiding.

The optimal angle for a bat to find a resting insect was between 42 and 78 degrees, the researchers found.

When the researchers recorded bats in the wild using high-speed cameras, they were able to prove that echolocation from different angles helped the bats find insects, just as their lab work had shown.

“This study changes our understanding of the potential uses of echolocation,” said Geipel. “It has important implications for the study of predator-prey interactions and for the fields of sensory ecology and evolution.”

The study findings were published in the journal Current Biology.