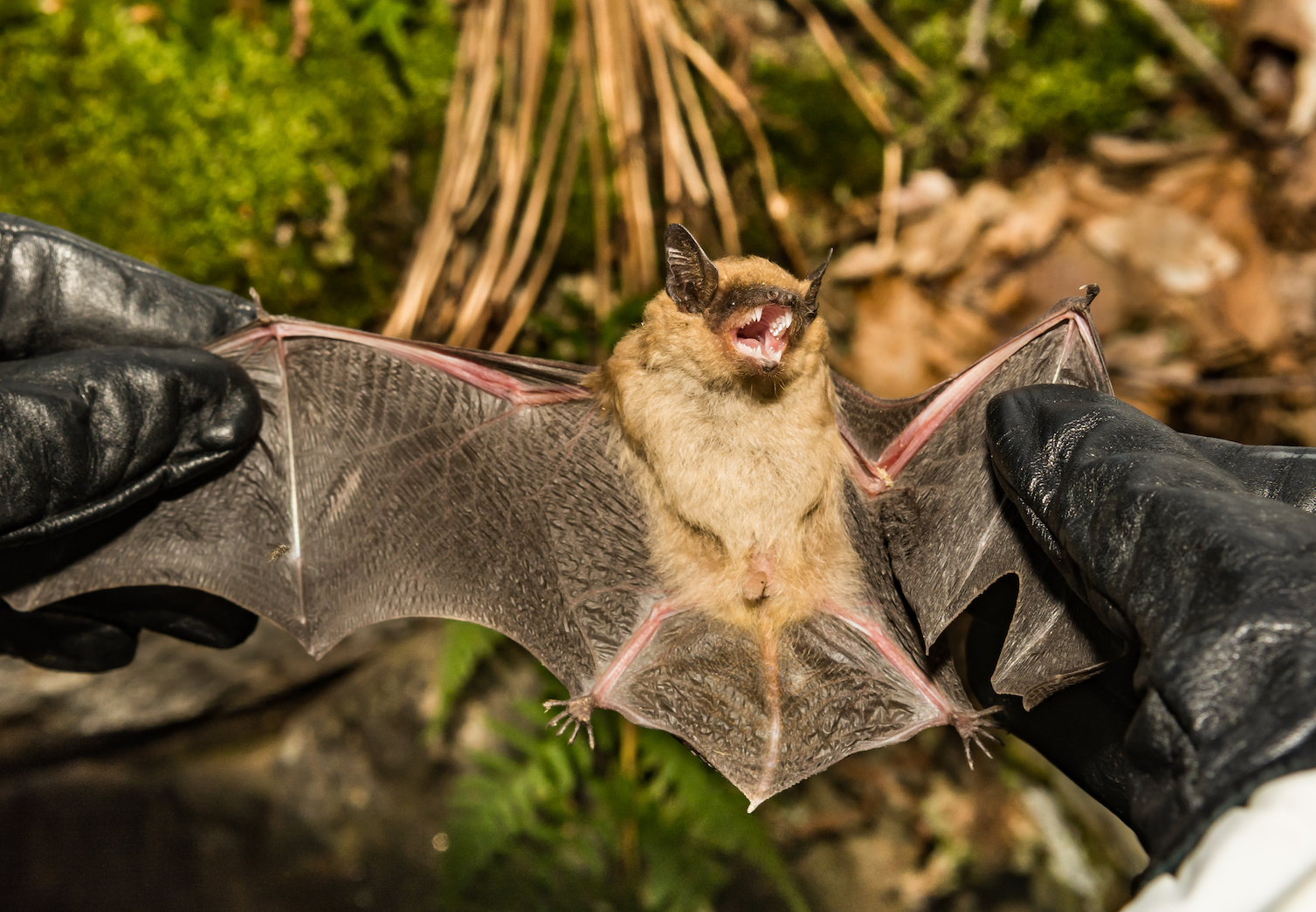 While bats may not be the most beloved animal on our planet, they undoubtedly play an important role in protecting our environment. Bats help control the number of pest species through predation, spread plant seeds, and help pollinate over 500 plant species. But this crucial animal has been facing a deadly battle against the fungus known as white-nose syndrome.

White-nose syndrome is a disease caused by the fungus Pseudogymnoascus destructans. The disease gets the name white-nose syndrome because affected bats often are affected with white fuzz on their face in addition to premature arousals, unusual behaviors, dehydration and loss of fat reserves. Bats with the disease can be repeatedly woken from their hibernation which leads to them burning off their winter fat reserves and starving to death before spring arrives. The disease grows in cool, dark spaces such as caves where bats often hibernate.

Since its discovery, white-nose syndrome has spread rapidly to more than half of the United States and seven provinces in Canada. In fact, a contaminated bat was found as far away as Washington State. Spores of the fungus can be spread by unknown hikers and cave explorers who come into contact with the disease.

The disease causes high death rates and has killed an estimated 5.7 million bats in North America since it was first discovered in 2007. According to Bat Conservation International, “The disease is causing massive population declines for multiple hibernating bat species – resulting in the most precipitous wildlife collapse of the past century. The disease has hit northern long-eared bats particularly hard – threatening this species with extinction.”

A study published in the journal Science found that white-nose syndrome has caused regional population collapses. The researchers predicted the disease will lead to regional extinctions of the little brown bat (Myotis lucifugus). Today, eleven North American species, including two endangered species and one threatened species, are affected with the disease.

Unfortunately, there is no known cure for white-nose syndrome which leaves conservationists largely defenseless as bat populations continue to be wiped out.

Efforts are underway to track and research white-nose syndrome. The U.S. Fish and Wildlife Service has led interagency responses to the disease since 2008 and has dedicated more than $30 million in research and state grants. The National Park Service has funded over 158 projects related to the disease in 78 parks. Non-profit groups such as The Nature Conservancy and Bat Conservation International have also conducted their own research to test potential methods for controlling the disease.

There is still hope that a cure can be found. In 2015, scientists were able to successfully treat bats for white-nose syndrome during field trials using a bacterium that has the ability to inhibit the growth of certain fungi. Additionally, in January 2018 a study in Nature Communications found that UV-C light was able to kill over 99% of the fungus.

The study says, “The differential susceptibility of P. destructans to UV light in comparison to other hibernacula-inhabiting fungi represents a potential ‘Achilles’ heel’ of P. destructans that might be exploited for treatment of bats with WNS.”

While this may be the most promising chance for bats yet, the UV light studies will have to go from petri dishes to actual bats to test its ability to protect bats. Researchers will also have to figure out a way to use UV light in the field to treat infected bats. Flashing a UV light into a cave likely would not be enough because the disease can manifest in crevices such as the bats’ armpits that would not be exposed to the light.