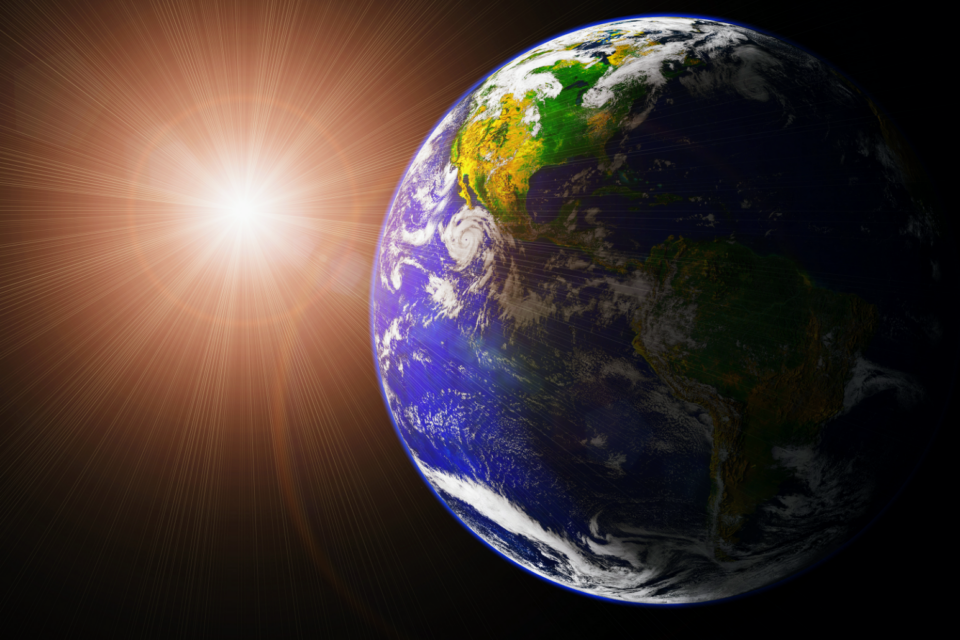 A new study led by the University College London (UCL) has found that microbial life most probably existed on Earth at least 3.75 billion years ago – about 300 million years earlier than scientists previously estimated that biological organisms first emerged on our planet.

The researchers analyzed a fist-sized rock found in Quebec, Canada, dating between 3.75 and 4.28 billion years ago. This is one of the oldest sedimentary rocks known on Earth, and was originally laid down near a system of hydrothermal vents, where cracks in the seafloor let through waters heated by magma that contained large quantities of iron. In a previous study, the researchers found tiny filaments, knobs, and tubes in this rock that seemed to have been made by bacteria. However, many scientists have argued that these structures may not necessarily be of biological origin, or signs of early life on Earth.

Now, after extensive further analysis of the rock, the researchers have discovered a larger and more complex structure consisting of a one-centimeter-long stem with parallel branches on one side, as well as hundreds of ellipsoids alongside the tubes and filaments. According to the scientists, while some of these structures could have been created by random chemical reactions, the tree-like stem with parallel branches is most likely to be biological in origin.

Moreover, traces of mineralized chemical by-products also found in the rock appear to be consistent with the hypothesis that ancient microbes lived off iron, sulphur, and possibly carbon dioxide and light through a form of photosynthesis not involving oxygen.

The structure and composition of this rock resembles modern-day equivalents discovered close to the Loihi undersea volcano near Hawaii and other hydrothermal vent systems in the Arctic and Indian Oceans. The fact that the wavy and twisted filaments of the ancient rock contained organic carbon is another sign that biological forms similar to contemporary iron-eating microbes have probably resided there almost four billion years ago.

“Using many different lines of evidence, our study strongly suggests a number of different types of bacteria existed on Earth between 3.75 and 4.28 billion years ago,” said study lead author Dominic Papineau, an expert in Precambrian Biogeochemistry at UCL.

“This means life could have begun as little as 300 million years after Earth formed. In geological terms, this is quick – about one spin of the Sun around the galaxy. These findings have implications for the possibility of extraterrestrial life. If life is relatively quick to emerge, given the right conditions, this increases the chance that life exists on other planets,” he concluded.