Feeding your dog once a day may improve its health • Earth.com 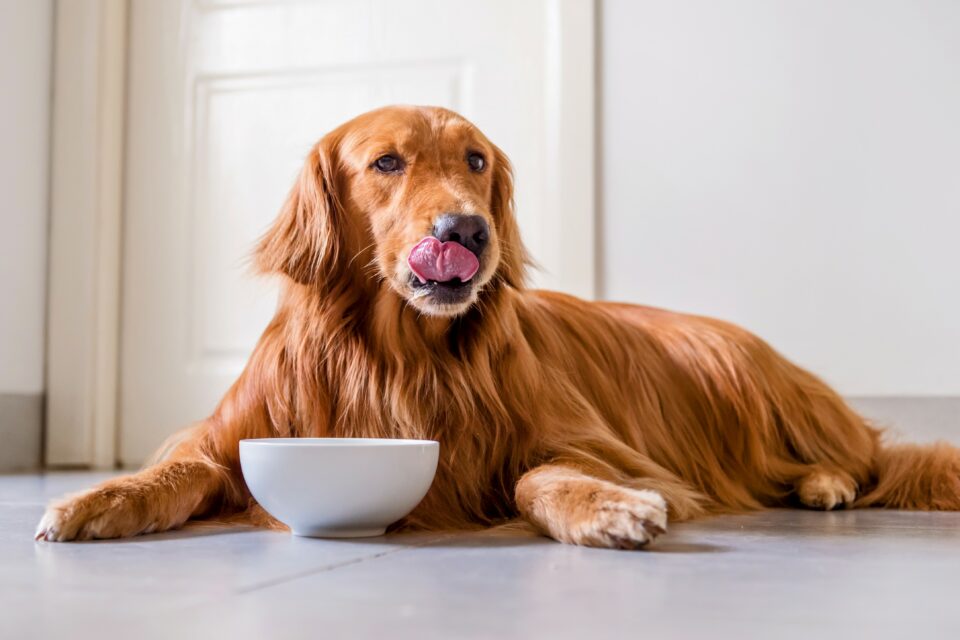 Feeding your dog once a day may improve its health

New research led by the University of Arizona has found that feeding a dog only once a day reduces the risk of nine types of age-related canine health problems, including cancer, dental issues, cognitive decline, and gastrointestinal, liver, kidney, or urinary disorders.

Researchers analyzed data on 24,238 dogs collected in the context of the Dog Aging Project in order to find links between feeding frequency and health outcomes. After controlling for factors such as age, breed, or sex, the scientists found that dogs that were given only a single meal per day appeared to have lower odds of developing dental, gastrointestinal, orthopedic, kidney/urinary, and liver/pancreatic disorders.

“For nearly a century, caloric restriction has been known to extend lifespan and delay age-associated pathology in laboratory animals,” the study authors wrote. “Companion dogs provide a potentially powerful animal model in which to better understand the relationship between diet and age-related health outcomes.”

“Once-daily feeding in dogs serves as a natural model for the intermittent fasting/time-restricted feeding protocols currently being studied both in preclinical rodent models and in human trials.”

According to the researchers, dogs may benefit from less frequent feeding due to evolutionary reasons. Since their wolf ancestors were often going for days without food, such eating frequencies may still be ingrained in modern dogs’ genomes.

“The strength of the study is that numbers are large and the statistical methods are sound,” said Alex German, a researcher in Veterinary Sciences at the University of Liverpool. However, as study co-author and biologist at the University of Washington Matt Kaeberlein admits, it also has many weaknesses. For instance, the study did not establish a clear causal link between feeding frequency and health outcomes, and other factors, such as the amount that dogs eat during a day, may also be important.

Thus, until further research is done in order to assess the impact of how much (in addition to how often) dogs eat per day, as well as the role that obesity plays in the development of age-related canine health conditions, people should not yet change the way they feed their pets.

A pre-print version of the study is published in the bioRxiv repository.