Liquid crystals may have helped in the creation of life itself • Earth.com 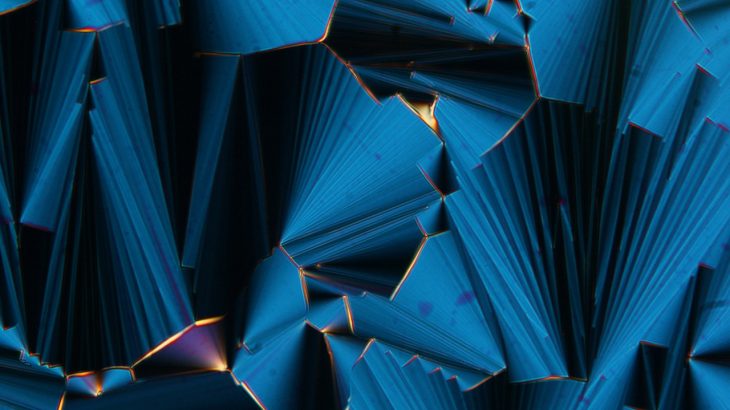 Liquid crystals may have helped in the creation of life itself

Many of today’s electronic devices such as televisions, smartphones, and computer monitors have displays made with liquid crystals, which are substances that flow like liquids but still have crystal-like structures. While liquid crystals play an important part in modern technology, researchers have discovered that these substances may have played a much more critical role in ancient history by helping to support the earliest life on Earth.

The experts found evidence that liquid crystals helped in the assembly of the first biomolecules on the planet. The team demonstrated that short RNA molecules can form liquid crystals that promote growth into longer chains.

Scientists have speculated that life on Earth originated in an “RNA world,” where RNA carried genetic information and conducted metabolism before DNA or proteins emerged. To support this theory, catalytic RNA strands, or “ribozymes,” have been found in modern genomes.

Ribozymes are about 16 to 150 nucleotides in length, and the scientists set out to investigate how these sequences assembled in a time before ribozymes or proteins existed. The research team, led by Tommaso Bellini, speculated that liquid crystals could have helped to guide short RNA precursors to form longer strands.

The researchers explored different scenarios under which short RNAs could self-assemble. Short RNA sequences, at just six or 12 nucleotides long, were found to spontaneously arrange into liquid crystal phases at high concentrations. Liquid crystals formed even more rapidly when the researchers added magnesium ions, which stabilized the crystals.

Once the RNAs were held together in liquid crystals, a chemical activator could efficiently join their ends into much longer strands. This also helped to prevent the formation of circular RNAs that could not be lengthened further.

The study is published in the journal ACS Nano.