You can now live stream whale calls from the sea using an app • Earth.com 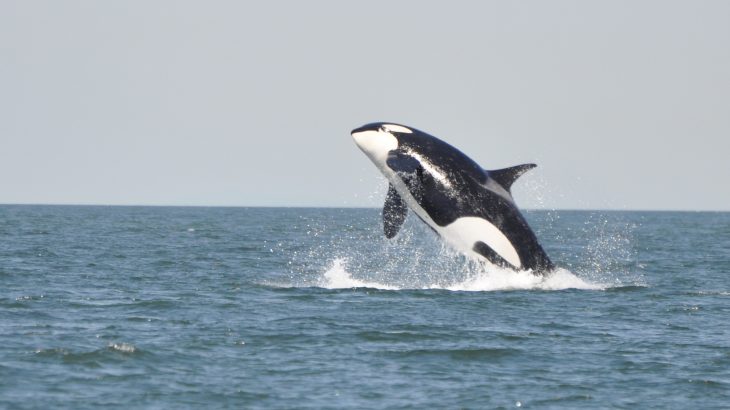 You’ve heard of whale watching, but what about whale listening?

Now, thanks to an extensive research project called Orcasound, you can tune into live streams of orca whales near Washington State and participate in a massive citizen science initiative.

Orcasound is using advances in technology, streaming media, and algorithms to take citizen science to the next level and make it easier for people who are passionate about marine conservation and whales to access sounds and recordings typically reserved for field researchers.

To study, track, and model whale populations, researchers first need to find them. In the ocean, this is easier said than done, especially during temperamental weather or at night when spotting for whales is nearly impossible.

This is why researchers use hydrophones, underwater microphones, that can pick up whale calls and other underwater sounds.

Once researchers hear a whale on a hydrophone, a team of fieldworkers can track the whale, collect fecal samples and even pieces of prey left behind, all of which help further our understanding of the ocean’s largest mammals.

This is where Orcasound comes in. Now, instead of a small team of researchers tuning into the hydrophones, anyone with a computer can open the live stream and listen for orcas near the San Juan Islands.

Scott Viers, the lead researcher of Orcasound, says that the aim of the project is to create a user-friendly and inexpensive app that gets more people engaged in marine research.

Right now, the web app for Orcasound uses the same data formats of other popular video streaming services like Youtube.

“We want to make it really easy for citizen scientists to listen to signals,” said Veirs.

All audio is uploaded to online cloud storage servers for later analysis whether by researchers or algorithms.

Veirs will discuss the Orcasound app and its many potential implications at the Acoustical Society of America’s 176th Meeting this week.