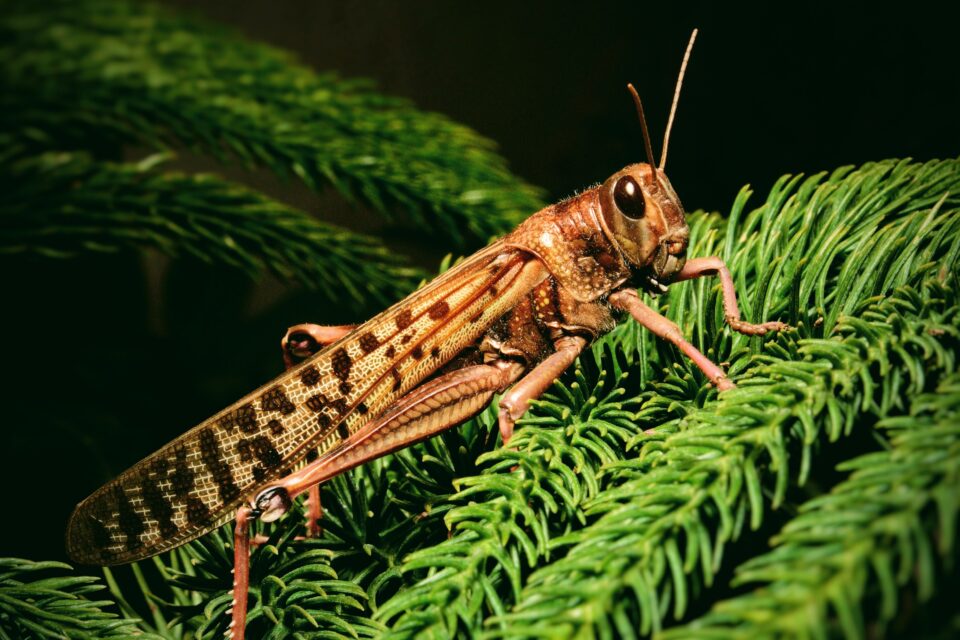 A new study led by Michigan State University (MSU) has found that locusts can reliably detect through smell a variety of human cancers. The insects can not only “smell” the difference between healthy and cancerous cells, but they can also distinguish between different cancer cell lines. These findings could provide a basis for devices which use locust sensory neurons to enable the early detection of cancer by using only biomarkers in a patient’s breath.

“Noses are still state of the art,” said study senior author Debajit Saha, an assistant professor of Biomedical Engineering at MSU. “There’s really nothing like them when it comes to gas sensing. People have been working on ‘electronic noses’ for more than 15 years, but they’re still not close to achieving what biology can do seamlessly.”

Cancer cells function differently from healthy ones, and create different chemical compounds as they grow. If these chemicals reach the lungs or airways – which happens in most types of cancer – they can be detected in exhaled breath. “Theoretically, you could breathe into a device, and it would be able to detect and differentiate multiple cancer types and even which stage the disease is in. However, such a device isn’t yet close to being used in a clinical setting,” Professor Saha explained.

By attaching electrodes to their brain and recording their responses to gas samples produced by both healthy and cancer cells, the researchers investigated how well locusts – model organisms widely used in the scientific community - could differentiate these different types of cells in the case of three distinct oral cancer cell lines. “We expected that the cancer cells would appear different than the normal cells,” said study co-author Christopher Contag, a professor of Biomedical Engineering at MSU. “But when the bugs could distinguish three different cancers from each other, that was amazing.”

Although the team focused only on mouth cancers, they believe this system could work with any cancer that introduces metabolites into breath, which is likely most cancer types. By using the information recorded from locusts’ neural systems, they aim to develop portable sensors that could analyze volatile cancer biomarkers before other, more invasive techniques can reveal the disease.

“Early detection is so important, and we should use every possible tool to get there, whether it’s engineered or provided to us by millions of years of natural selection. If we’re successful, cancer will be a treatable disease,” Professor Contag concluded.

A preprint of the study can be found on bioRxiv.