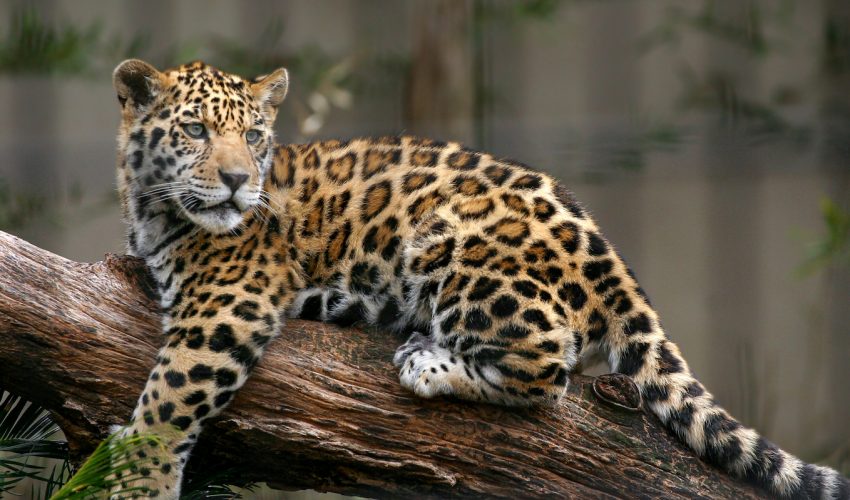 Research examining the environmental impacts of logging are crucial for implementing regulations and conservation measures in order to prevent population loss and habitat degradation.

The effects of the logging industry on large species such as jaguars can be particularly devastating.

The loss of habitat and biodiversity is becoming a serious concern among conservationists, which is why some countries have implemented reduced impact logging operations as a means to help protect certain species.

A new study reviewing these well-managed logging concessions in Peru and Guatemala found that jaguars do well if policies are put in place to strictly regulate logging areas.

The results, published in the online journal Biological Conservation, are hopeful and suggest that logging operations and conservation are not mutually exclusive.

“Our findings indicate that certified logging operations can play an important role in maintaining vital habitat for jaguars and other large wildlife species,” said Mathias W. Tobler, the lead author of the study.

For the study, the researchers set up large-scale camera trap surveys that would record and monitor the number of jaguars in certain logging concession areas in Guatemala and Peru.

The cameras captured 23 jaguars Guatemala’s Maya Biosphere Reserve and 43 jaguars in Peru’s Madre de Dios region. Jaguars have unique spot patterns, so the researchers were able to accurately calculate the individuals in an area without fear of counting the same jaguar twice.

The number of individual jaguars in the different areas were then used to create spatial capture-recapture models that calculated the total jaguar densities, or the estimated number of jaguars in the protected regions.

The team also found that strictly controlled logging roads, previously thought a hindrance to certain species, was helpful for the jaguars to move through the area.

All in the all the results show that well managed logging operations with a goal of protection and conservation are successful in maintaining biodiversity.

“Controlling access into an area and hunting of prey are paramount considerations for the objectives of preserving biodiversity and ecological function, both of which are selling points for certified lumber products,” said John Polisar, a co-author of the study. “The presence of jaguars in a logging concession is testimony that environmental guidelines are being followed.”