Lost extinctions: When animals die off before science finds them • Earth.com 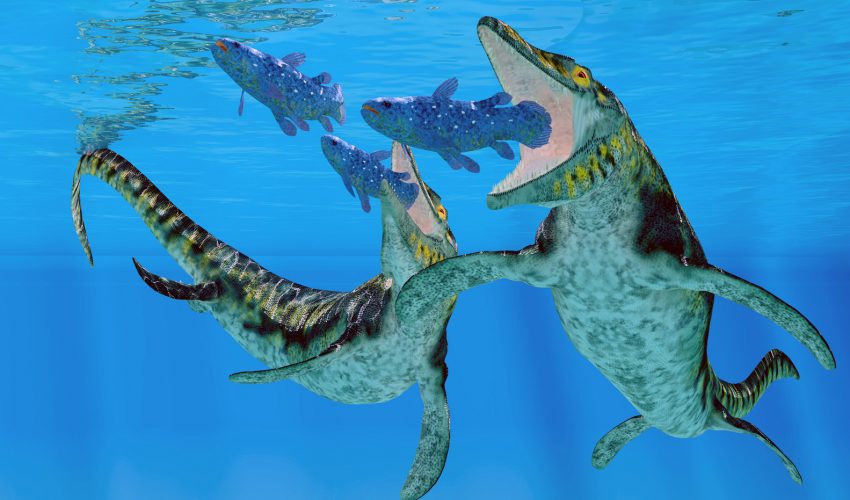 Lost extinctions: When animals die off before science finds them

Certainly the majority of plants, animals, fungi, etc. that have become extinct died long before people, let alone scientists, got around to describing them.

Dinosaurs, the most famous of extinct animals, died off around 65 million years ago, before humans evolved and certainly before Linnaeus invented his way of scientifically classifying organisms.  According to PBS, of all the organisms that ever ran, gasped, ate or simply grew in the soil, 99.9% are now extinct.

Oil spills, global climate change, over hunting, and starved feral cats have done a lot of damage, but not nearly that much.  The fact is, like every person you now know; every species alive today will someday be dead. Species, like individuals, have lifespans.  Just as we don’t use the argument, ‘they were eventually going to die anyway’ to justify the holocaust or school shootings, the rate of modern extinctions is inexcusable.  A vast number of modern extinctions are the fault of humans, too.

Most of us are aware of modern extinctions like that of the Dodo, the Passenger Pigeon and the Thylacine.  Most of us are also aware of a handful of the myriad of known threatened and endangered species. Most of us have heard of Jane Goodall’s beloved chimpanzee and vaguely know that dolphins and some fish species aren’t doing so well these days.  Less of us understand the size of the extinction event we’re tied up in at this very moment. There are so many more insects, amphibians, small mammals and others less charismatic than the Panda that may soon face extinction.

Also, much like an individual human leaves children behind, species often diverge, leaving new species as ancestral ones become extinct.  Like many tragedies, there are many that are now dying, unknown and unrecognized, sometimes directly from human causes.

In his book The Secret Knowledge of Water, Craig Childs talks about small, natural desert pools in California and the invertebrates discovered in them:

“They become genetically isolated over thousands, and then millions of years.  In 1992, after nearly all of the temporary vernal pools of California were destroyed by human development, researchers went out to catalog those still intact.  Of the sixty-seven species of crustaceans found in the remaining pools, thirty had never been documented anywhere on the planet…A quarter of these newly found species were each found in its own pool among the fifty-eight pools studied, meaning there is not much motion between one pool and the next.  What was lost in the hundreds of destroyed pools is unknown.”

Imagine species dying off because of human actions and no one even realizing it until after the fact.  Perhaps you or I have stepped on one of the last of an exceedingly rare species of ant or swatted an insect thinking it a mosquito and precipitated extinction.  The thought is both depressing and awe inspiring in its suggestion of the number of life forms still inhabiting the planet with us.

The Simandou region of Guinea, West Africa is a land of lush and modest mountains covered in tropical forests.  The area is considered one of the world’s most biologically rich but also endangered forest habitats. Among mountains rising as high as 5440 feet above sea level, there are caves.  One of these caves contained a rare cockroach, Simandoa conserfariam, or the Simandoa Cave Cockroach.  The roach seems unremarkable to most, an animal with a smooth, dark grey body with darker heads and orange-ish legs.

What makes these roaches unique is the fate of their cave home.  After scientists collected a few of the cave cockroaches, the cave itself was destroyed by a bauxite mining operation.  In a weird twist of fate, the cockroach now lives all over the world, fostered in small cages by pet enthusiasts with irregular love for arthropods.  You can even buy a roach nymph online for $6.00 in the US.

I’ve explored caves in search of tiny arthropods as a volunteer for projects involving Northern Arizona University and the Denver Museum of Nature and Science.  It’s easy for a spider, a millipede or a cricket living in the dark cracks of limestone to elude a researcher. You can spend a week or a month scouring a cave and still find new animals hiding in the dark.  Considering the fate of the Simandoa Cave Cockroach, it’s easy to imagine that many species weren’t lucky enough to be carried into captivity before dying off in their native habitats.

Another cockroach known for its ability to glow, mimicking a poisonous click beetle was discovered in Ecuador.  Mongabay reported that the roach, Lucihormetica luckae, may already be extinct.  In the case of the glowing cockroach, it vanished after 2010 when a volcano erupted near where it was discovered.  The cockroach is (or was) the only known example of a land animal using bioluminescence in mimicry.

In animal taxonomy, vertebrates are more well-known than invertebrates.  Partly this is because there are fewer vertebrates and they are generally easier to find, partly we understand vertebrates better because we’re biased towards them.  Birds are intensively researched, both professionally and by ‘citizen scientist’ birders fascinated by their feathered neighbors. In an article in cell.com, Alexander Lees and Stuart Pimm paint a picture of some of the birds we may have lost in Brazil’s highly endangered Atlantic Forest and elsewhere in the world:

“The recent update of the IUCN Red List has identified 13 more bird species that went extinct after 1500, but before taxonomists could describe them. All of these were island species. We are still documenting the impacts of European explorers —and the rats and cats that came with them — that began centuries ago. We know about some early extinctions from anecdotal evidence, such as eyewitness accounts and drawings… Northeast Brazil has a similar, albeit less certain example: multiple travellers reported an all-black parrot, but no specimen exists…”

If a species of bird can go extinct with little fanfare, without any scientific knowledge, it doesn’t bode well for other less conspicuous organisms.

Nearly the reverse of an organism that goes extinct without being described scientifically is a so-called ‘Lazarus taxon’.  A Lazarus taxon is an organism thought to be extinct, sometimes recently and sometimes found only as a fossil but then later is found to actually be still alive.

The classic example of a Lazarus taxon is the coelacanth.  The coelacanth can measure up to six feet in length and 200 pounds in weight.  The ocean is a vast place to hide for an animal that is dwarfed next to whales, sharks and giant squid.  The coelacanth was thought to have died off in the extinction event that took the dinosaurs 65 million years ago until a fisherman caught one off the coast of Madagascar in 1938.  A second specimen of coelacanth was found in Indonesia in 1998.

There are a number of animals that were thought to be legend or extinct but turned out to be alive.  Gorillas were once thought by westerners to be a native myth, not a real animal. The Golden Bamboo Lemur was thought to be extinct until it was rediscovered.

The fact is, as much as we think we know about the natural world, we’re largely ignorant of even the basics of what organisms are now alive and which are extinct.  According to a paper published in PlosOne, an estimated 86% of land species are undescribed by science and 91% of species in the ocean.  That leaves an enormous amount of mystery in the world and an enormous amount of potential to destroy life or leave it as it is.