Lunar space station will be home base for exploration • Earth.com 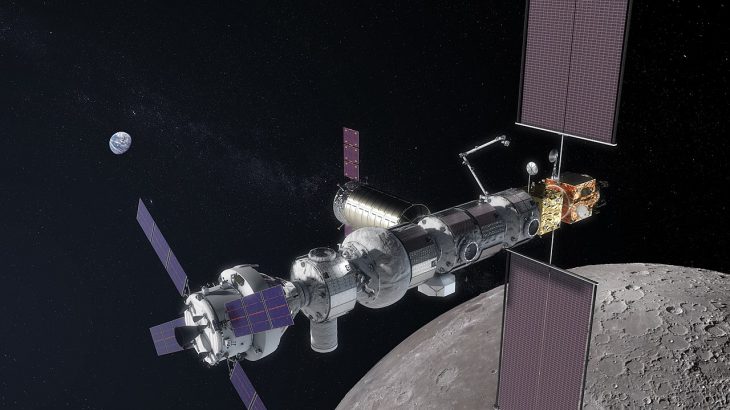 Lunar space station will be home base for exploration

In February, NASA announced plans to return to the Moon – permanently. A proposed lunar space station could serve as the home base to launch missions to Mars and beyond, the agency said.

Information on exactly how they were going to do this was not available six months ago.

But now, NASA is working with Russia and the European Space Agency to make the announcement a reality. The American space agency has shared its first plans for the lunar space station, which will be known as Gateway.

Like the International Space Station, the Lunar Gateway would stay in space permanently, though it will orbit the Moon rather than Earth. It will also be smaller than the ISS, since it will be a temporary home for missions to the Moon and beyond, not manned year-round.

Gateway will orbit the Moon on an elliptical path. It will house temporary living quarters, research laboratories and docking ports for visiting ships. Robotics will automate some research tasks, NASA said, so even when there are no crew members aboard, the lunar space station will continue sending data back to Earth.

“NASA is looking at options for astronauts to shuttle between the Gateway and the Moon on reusable landers. Just like an airport here, spacecraft bound for the lunar surface or for Mars can use the Gateway to refuel or replace parts, and resupply things like food and oxygen without going home first,” NASA wrote on its website. “For months-long crew expeditions to the Gateway, this could allow multiple trips down to the lunar surface, and exploration of new locations across the Moon.”

The elliptical orbit would allow astronauts to visit the lunar surface every seven days, experts told The Telegraph on July 18.

“To escape Earth’s gravitational pull requires a huge amount of energy,” Dr. Florian Renk of the European Space Operations Centre told The Telegraph. “To then land on the Moon and not hurtle straight past it, we have to slow down by losing that same energy. We can save some of this energy by leaving parts of the spacecraft in orbit, taking only what we need to the surface of the Moon.”

On July 26, NASA experts will host a Media Day to share more details about plans for the lunar space station.