Certain birds may not be as monogamous as previously thought • Earth.com 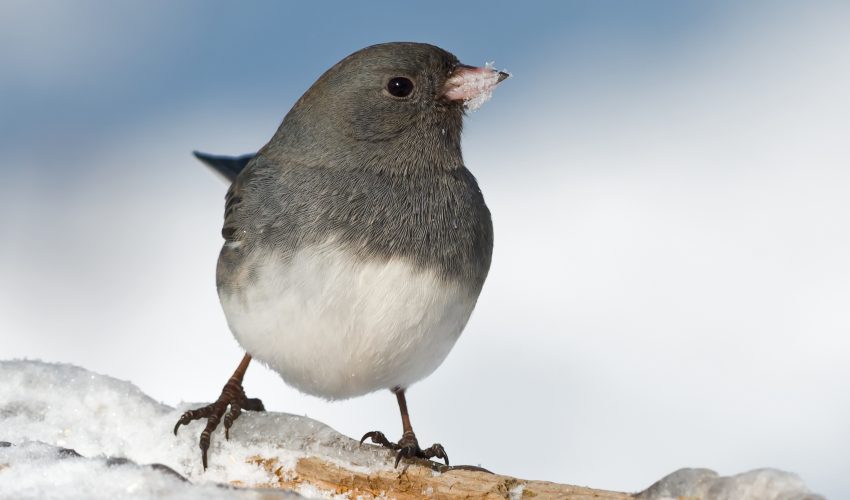 Certain birds may not be as monogamous as previously thought

In the bird world, successful courtship usually involves a combination of ideal coloration, plumage, and mating moves. Scientists know that a male bird’s courtship behavior can be affected by factors such as size and hormone levels. But ornithologists have recently delved more into the effects of social context on male mating behavior in birds.

A new study published in The Auk: Ornithological Advances shows how male dark-eyed juncos change their courtship behavior based off their social landscape. This involves whether or not the male already has a mate and if other birds are present to witness this behavior.

Reichard and his colleagues made these observations at the Mountain Lake Biological Station in Virginia. They placed caged female juncos in front of uncaged males and analyzed the male’s reactions.

Their findings revealed that paired males actually approach females much quicker and spent more time in close proximity with the female. These same males were more active and had their body feathers erect for a longer period of time than unpaired males. Paired males also sang fewer long-range songs than the unpaired males, which the researchers think may be due to the paired males not wanting other birds to overhear.

Interestingly for paired males, the presence or absence of their mates had no effect on their behavior. This was not the case for the behavior of their mates, as Reichard observed that “Often the male’s mate would respond aggressively to the caged female, diving at the cage while pausing occasionally to chase her mate away from the area.”

Despite this apparent marital hiccup, Reichard says that none of the pairs in their study divorced after the research was finished. “People called me a ‘junco homewrecker’ during these experiments, but there’s little evidence to support that accusation.”

Whatever marital discord this study may have caused among the junco population, scientists believe the results were worth the risk. Auburn University’s Geoffrey Hill, an expert on mate choice in birds who was not involved in the research, says “This study shows the potential for extremely complex behavioral interactions in birds that were long thought to be bland monogamists.” 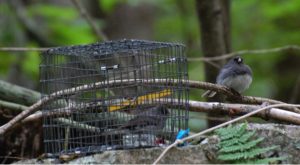