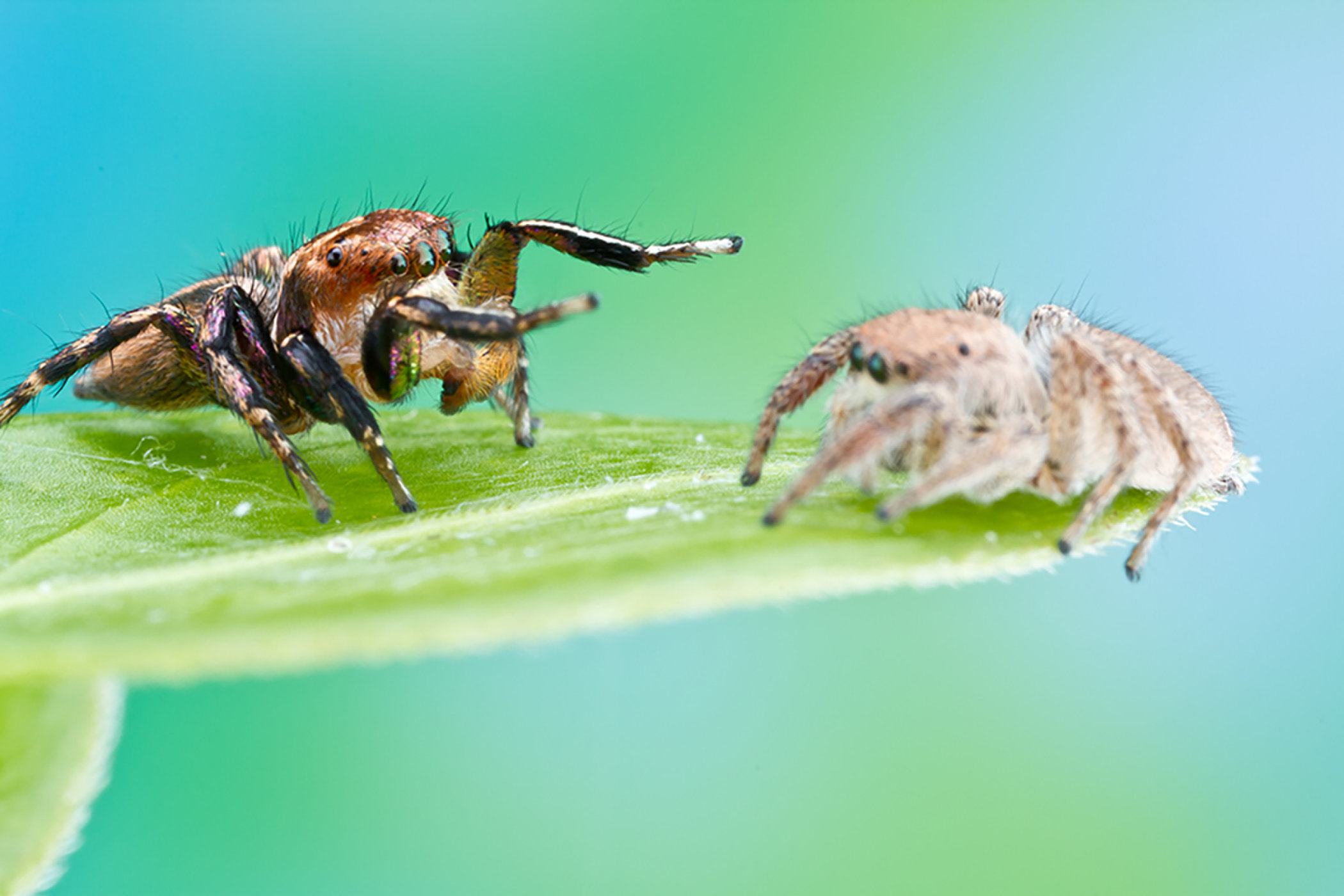 Male spiders have terrible game, risk getting eaten by females

They can’t blame it on the beer. A new study has found that when male spiders approached a female of a different species of spider, not only was sex out of the question, but the females might attack or even have them for dinner, LiveScience reported.

Eighteen percent of the “clueless’ males were attacked and one was eaten after performing their song and dance mating rituals for females of another species, according to the study published in the journal PLOS ONE.

In fairness to the male spiders, they have colorful faces and legs but females are light brown, with only subtle differences in the markings on their backs and faces.

The researchers observed 42 spider interactions between four species of jumping spiders in the genus Habronattus, along a riverbed in the Rio Salado Habitat Restoration Area near Phoenix.

The inherent dangers of hitting on a spider of the wrong species could be the purpose of the elaborate mating ritual, LiveScience said. It allows the males to initiate their approach at a safe distance, Lisa Taylor, an assistant research scientist at the University of Florida’s Institute of Food and Agricultural Sciences and lead author of the study, said in a statement.

“This study provides some new insight into the age-old question of why males go to such ridiculous lengths to impress females,” Taylor said.